A mere thirty years after the Rubik's Cube craze died out, a team of math geeks has proven once and for all that the puzzle can be solved in 20 moves or less from any position. 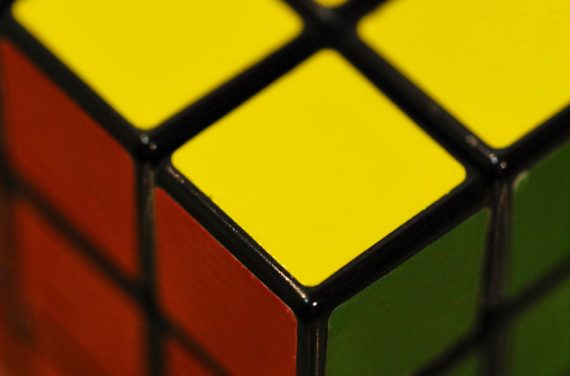 A mere thirty years after the Rubik’s Cube craze died out, a team of math geeks has proven once and for all that the puzzle can be solved in 20 moves or less from any position. 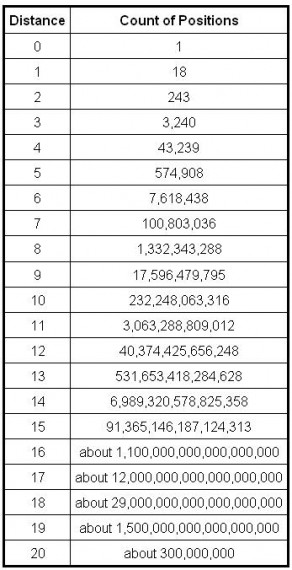 With about 35 CPU-years of idle computer time donated by Google, a team of researchers has essentially solved every position of the Rubik’s Cube™, and shown that no position requires more than twenty moves.

Every solver of the Cube uses an algorithm, which is a sequence of steps for solving the Cube. One algorithm might use a sequence of moves to solve the top face, then another sequence of moves to position the middle edges, and so on. There are many different algorithms, varying in complexity and number of moves required, but those that can be memorized by a mortal typically require more than forty moves.

One may suppose God would use a much more efficient algorithm, one that always uses the shortest sequence of moves; this is known as God’s Algorithm. The number of moves this algorithm would take in the worst case is called God’s Number. At long last, God’s Number has been shown to be 20.

I’ve still got my Cube from circa 1981.  I learned a solution to it within a few months, performed it numerous times, and got bored with it.