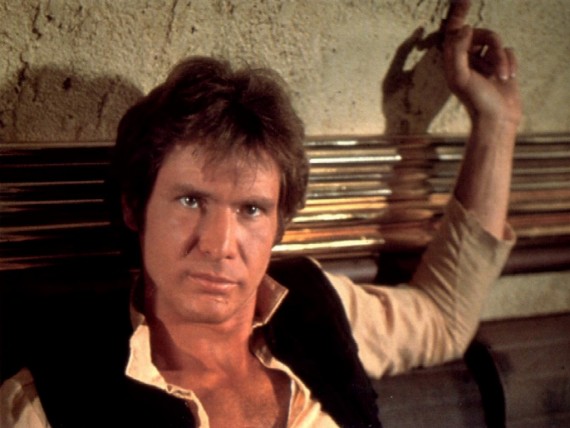 It’s only a rumor right now, but it’s got a lot of people talking:

Star Wars fans had a lot of questions when it was first announced that Disney was set to purchase Lucasfilm – with the intention of producing an entirely new trilogy in a Galaxy Far, Far Away. However, one of the biggest questions surrounding the future of Star Wars is where the story would go in Episodes 7-9. Would the new films continue the narrative established in the original six installments and bring back fan-favorite actors (now 30 years older) to reprise their characters or would Lucasfilm clean the slate and center the trilogy around entirely new faces?

Now that director J.J. Abrams is officially helming Episode 7, Star Wars-related rumors and reports are at an all-time high. Joining the chorus of unconfirmed reports on the production, Latino Review took to the Fox News Latino airwaves and announced that, according to their sources, Harrison Ford has officially signed-on for a “significant” appearance as Han Solo in Episode 7. Not entirely a big surprise, given that Ford has previously stated he’d be open to returning - if the story would allow for it. When pressed for further information, Latino Review admitted that there scoop was limited to the signing of Han Solo and anything beyond the casting itself would purely be speculation at this point. Latino Review has a relatively successful record with their scoops – so there’s more than enough reason to believe that there’s at least some truth to the report.

It wouldn’t be entirely surprising to see some, if not all, of the core actors from the classic trilogy returning for at least the first in what apparently Disney plans on being a long series of movies. Ford, of course, is really the only one of them with any real recent acting experience. Outside of cartoon voice-overs or commercials I can’t recall seeing Mark Hamill or Carrie Fisher appearing in anything in years, which suggests that they’d jump at the chance if offered an appearance no matter how limited it might be.