Talk about your second- and third-order effects. 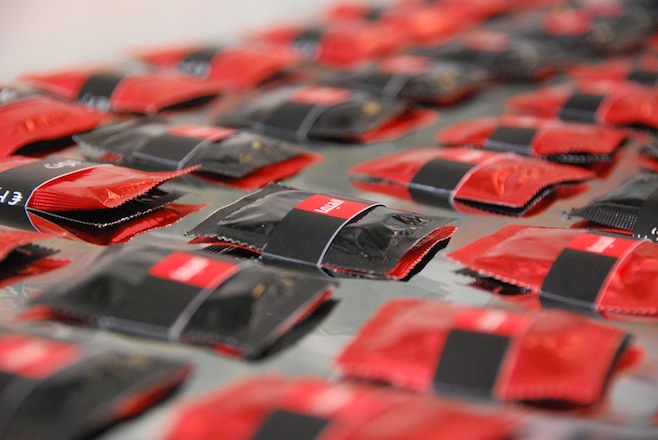 The Moscow Times has a headline you don’t see every day: “Falling Ruble Hits Russians Where it Hurts Most as Condom Prices Soar.” (The story’s a few days old; I just saw it via their Twitter feed this morning.)

The economic crisis has hit Russians in their most sensitive spot as condom prices in the country have risen by 15 percent and are likely to continue swelling, a news report said.

The ruble has depreciated 44 percent against the U.S. dollar since the start of the year and the currency continues to free fall, which makes the imports of goods — including condoms — more expensive.

Russia has no rubber trees of its own, Rusnovosti.ru news website said Friday, citing a representative for a drug store union.

The male contraceptives are commonly produced from natural latex, collected from tropical trees. Most of today’s latex is generated by rubber tree plantations in Southeast Asia.

“Girls can’t work at a loss,” an unnamed brothel manager was cited as saying in one of the reports.

I teach mid-career military officers and other national security professionals for a living and we frequently talk, almost offhandedly, about the need to consider the possible second- and third-order effects of decisions. Here’s a classic case, albeit one I must admit I never considered.

Russia’s annexation of Crimea and subsequent quasi-invasion of other parts of Ukraine led to major international sanctions. These, combined with a sharp drop in the price of oil, have had a devastating impact on the Russian economy and crippled the ruble. Consequentially, condoms are much less affordable. In addition to causing Russian prostitutes to raise their prices, it’s easy to forecast a massive increase in the spread of sexually transmitted disease and the number of unwanted pregnancies.

Granted, the ruble may well be in bad shape now regardless, given Russia’s extreme dependence on oil and gas exports. But absent the enmity earned following bad action in Ukraine, the international community would likely be working to prop up, rather than further injure, the Russian economy.