Seemingly motivated by a combination of nationalism and resentment over a few incidents in which Russian adoptees have been treated badly, the Russian Parliament is moving to make it illegal for American citizens to adopt Russian children:

MOSCOW — The lower house of Parliament gave its final approval on Friday to a proposed ban on the adoption of Russian children by American citizens, drawing a sharp response from the United States, which urged officials not to play politics with the lives of orphans.

“If it becomes law, the legislation passed today will needlessly remove the path to families for hundreds of Russian children each year,” the American ambassador, Michael A. McFaul, said in a statement issued here. “The welfare of children is simply too important to be linked to other issues in our bilateral relationship.”

In his statement, and in messages on Twitter in Russian, Mr. McFaul urged Russian officials to instead focus on working with the United States to implement a bilateral agreement on adoptions that was ratified earlier this year and took effect only on Nov. 1. “It would be more productive,” Mr. McFaul wrote.

It is still unclear if the ban will become law. President Vladimir V. Putin, who could veto the legislation or demand changes, was asked about it eight times at his annual news conference on Thursday, but he refused to state a firm view. He said he needed time to read the measure and to consult with lawyers and others experts.

The first few months of Mr. Putin’s latest term as president, which began in May, have been marked by a series of tough legislative measures and other steps aimed at curtailing what he views as undue influence by the United States and the West in Russia‘s affairs. An adoption ban would be an even more forceful move against the United States.

After presiding over his four and a half hour news conference on Thursday, Mr. Putin traveled to Brussels on Friday for talks with European officials on energy, trade and the civil war in Syria.

The vote in the Duma, the lower house of Parliament, was 420 to 7 with 1 abstention. The bill is expected to be considered next week by the Federal Assembly, the upper chamber, where legislative leaders have said they expect it will easily win approval.

The Russian measure was developed in retaliation for a new American law that will punish Russian citizens who are accused of violating human rights, by barring them from travel to the United States and from owning real estate or maintaining financial assets there. The law was named after Sergei L. Magnitsky, a Russian lawyer who died in prison in 2009 after trying to expose a huge government tax fraud. His supporters say he was denied proper medical care.

Mr. Putin and other Russian officials reacted furiously to the passage of the American law, calling it hypocritical and accusing the United States of a multitude of human rights abuses, particularly in Iraq and Afghanistan and at the Guantánamo Bay detention center in Cuba.

The Russian bill was initially written to impose sanctions on American judges and others accused of violating the rights of adopted Russian children in the United States who became victims of child abuse. It was named for Dmitri Yakovlev, a toddler who died in Virginia in 2008 after his adoptive father left him in a parked car for nine hours. The father, Miles Harrison, was acquitted of manslaughter by a judge who ruled that while he was negligent he had not shown the “callous disregard for human life” required for conviction.

But Russian officials were vexed in developing a parallel response to the American law. While Russians, especially the wealthy, enjoy traveling to the United States, owning real estate and maintain assets in Western banks, relatively few Americans vacation or hold assets in Russia.

The bill was then expanded to include a ban on adoptions of Russian children by American citizens. Occasional cases of abuse, even deaths, of adopted Russian children in the United States, have inflamed the public here, and the issue reached a critical level in 2010 after a 7-year-old boy was sent alone on a flight back to Russia by his adoptive mother in Tennessee. The mother sent him with a typewritten note, saying the boy had developmental problems and she could no longer handle him. That case led Russia to threaten a ban on adoptions, but an agreement calling for heightened oversight. That agreement, which was ratified by the Duma in July, went into effect on Nov. 1.

The proposed ban opened up a rare rift at the highest levels of Russian government, with some senior officials, including the foreign minister, Sergey V. Lavrov, speaking out against it. Mr. Lavrov was personally involved in negotiating the agreement on adoptions with Secretary of State Hillary Rodham Clinton.

Other critics of the ban have argued that it would hurt Russian orphans far more than anyone else. But at his news conference on Thursday, Mr. Putin dismissed such concerns, saying the ban would apply only to the United States and not to other nations.

Americans have accounted for nearly 1/3 of the roughly 3,400 international adoptions that take place every year in Russia. It strikes me that this bill, motivated mostly by petty pique and a new American law, will end up harming Russian children far more than it will harm any American. It will be interesting to see what President Putin does with the bill should it reach his desk. 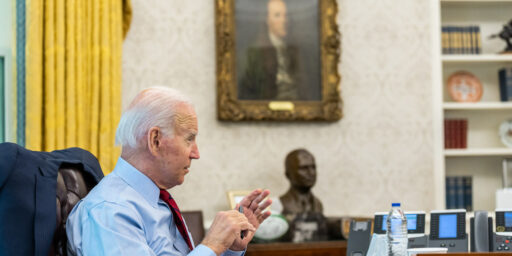