Sean Payton, coach of the New Orleans Saints and now in the middle of one of the biggest scandals in NFL history, wrote a book several years ago called “Home Team.” Nothing special about it. Not all that good. It details Payton’s rise in the NFL and how the Saints won the Super Bowl. Now, in light of this scandal, the book has become extremely important.

Mainly because it does three things. One, it shows just how extensive a control freak Payton is. So any type of defense that he didn’t know simply won’t fly. Payton is one of the most detail-oriented coaches in the sport. Second, several passages of the book demonstrate Payton doesn’t really give a damn about NFL rules. Now, that’s not unusual for a head coach but again, with the bounty investigation, that notion takes on an entirely new meaning.

Third, and most important, it goes into extensive detail about Payton’s relationship with one of the central and most shadowy figures from this scandal and that’s felon Mike Ornstein who is a close friend of Payton’s and, according to NFL documents, himself contributed cash to the bounty pool.

One of the more relevant passages starts on page 231. It describes how Payton had Ornstein handle a lot of the Super Bowl preparation. It reads: “I had Mike Ornstein running special ops. Mike had no official title with the Saints. His name appeared nowhere on the team payroll or organizational chart. But he played an absolutely crucial role in the Saints’ Super Bowl victory, and hardly anybody knows what he did…More than anyone else I know, he understands how to get things done in the pro-sports world. He also has a taste for mischief…Now he was a close friend of mine and a great asset to the team, flying into Miami and softening up the off-field for us.”

These mini biographies, usually masquerading as leadership guides, are de rigueur for coaches who win championships or otherwise come to national prominence. It’s amazing how often they come back to bite their “authors” in the ass when a scandal breaks. Reading the platitudinous books of a Joe Paterno or Jim Tressel with the advantage of hindsight gives a whole new perspective on those pages. 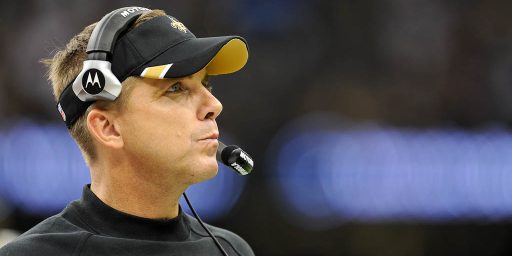