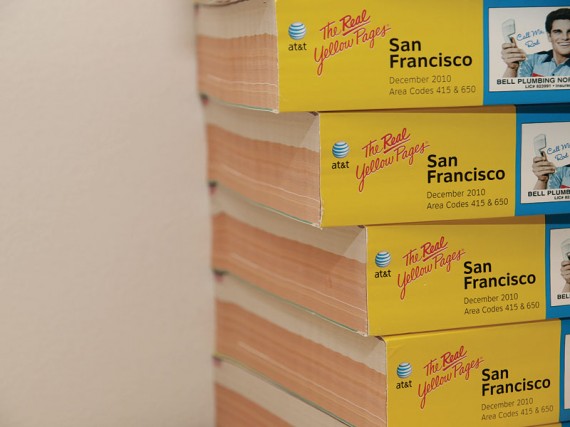 The continuing saga of the end of the bulky, annoying, and unnecessary telephone books which one served as an indespensible resource for residential and business phone customers saw it’s latest progress in San Francisco, where the city is moving to ban delivery of the books to anyone who doesn’t request them:

“Let your fingers do the walking” could be replaced with “let your finger do the clicking” in San Francisco. It’s poised to become the first U.S. city to restrict delivery of Yellow Pages business directories.

The Board of Supervisors cast a 10-1 first vote on Tuesday to ban unrequested home and business delivery of the hefty telephone directories. There will be a second reading and final vote next week.

The idea is to protect the environment, fight neighborhood blight and help the economy. And advocates say the Internet makes the directories unnecessary.

Can’t come soon enough as far as I’m concerned. I think the last time I consulted the Yellow Pages was some five or six years ago when the air conditioning at a former residence went on the fritz in the middle of June. If that or any other number of household issues were to arise again, I’d be on the Internet. The same thing goes from anything from a restaurant to a doctor, and I doubt I’d ever recommend that someone select either a doctor or a lawyer based on a Yellow Pages ad.

That last item may be so (12 years or so ago when we got our first cable modem, it seemed obvious that the Yellow Pages was suddenly superfluous) but that’s not the role of the government to decide. If I was the publisher of one of the city’s myriad free and/or alternative newspapers, I’d be worried.

Personally, I wouldn’t mind of many of the “free” publications that end up in my driveway or mailbox went away, but that’s not the point. If San Francisco is anything like New York City, or pretty much anywhere else in the country, then utility regulations required the phone company to deliver directories to every single one of its customers.  That’s simply insane not just because of the environmental impact, but because mass distribution without regard to whether or not the directories are actually wanted allows the publisher to claim to potential business advertisers that their high rates are justified by the number of eyeballs that will allegedly see the ads, thus unnecessarily increasing the costs for businesses and allowing the publisher to use a regulatory requirement to increase its own profits. One suspects that the real demise of these massive, unnecessary books will come when the publishers are no longer able to scam businesses into believing that those ads are really as worth as much as they’re paying. 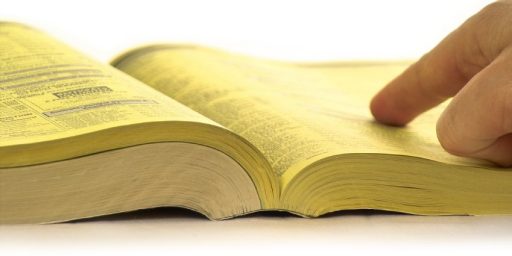