Will last night's debate have any influence on the potential candidates who weren't there? 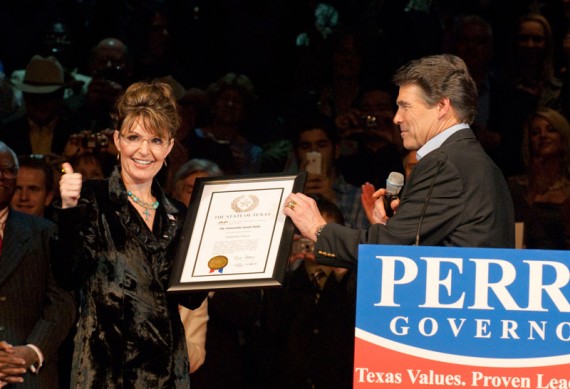 Nick Silver takes a look at how last night’s debate may have influenced the decision making process of two of the most prominent GOP holdouts:

The candidate to break news in this debate was Representative Michele Bachmann of Minnesota, who announced that she was running for president. And then she performed strongly throughout, exuding confidence, and turning her service in the House of Representatives from a potential liability (in a field that also includes governors and senators) into a strength (by emphasizing her active role in formulating policy on the major issues of the day).

The comparison between Ms. Bachmann and Sarah Palin is perhaps made too easily. But as I remarked on Twitter during the debate, if there is a constituency of voters trying to decide between the two, Ms. Bachmann has a lot to offer. She’s considerably sharper on her feet than Ms. Palin, and has more discipline. She does not have the baggage of “blood libel,” a reality show, or having prematurely quit her term as governor. Her family story — a mother to 23 foster children, as she frequently reminded us — is every bit as compelling. She has considerably better favorability ratings — Americans who are familiar with her split about evenly on whether they like her or not, which is not true for Ms. Palin. She has a geographic advantage in Iowa, has devoted more time to her presidential campaign and has a reputation as a strong fundraiser.

As I remarked myself this morning on Twitter, I personally have no doubt that if Michele Bachmann and Sarah Palin were to share a debate stage that Bachmann would come across much better than the former Governor. Bachmann is a much better public speaker and, say whatever one might about her ideas, she is able to present them in a much more polished manner than Palin has ever been able to. While it’s unclear what Palin will do, the Bachmann camp has already been sending some none-too-subtle signals that they’re not going to concede anything to Palin if she gets in the race. First, there were the remarks by new Bachmann hire Ed Rollins that Palin was not a serious candidate. Then, there was this from Bachmann herself:

Ms. Bachmann is best known for her conservative activism on issues like abortion, but what I want to talk about today is economics. When I ask who she reads on the subject, she responds that she admires the late Milton Friedman as well as Thomas Sowell and Walter Williams. “I’m also an Art Laffer fiend—we’re very close,” she adds. “And [Ludwig] von Mises. I love von Mises,” getting excited and rattling off some of his classics like “Human Action” and “Bureaucracy.” “When I go on vacation and I lay on the beach, I bring von Mises.”

Consider that a subtle rejoinder to Palin’s disjointed response in 2008 to the seemingly simple question what do you read? As Ezra Klein noted yesterday, Michelle Bachmann is looking like the candidate that Sarah Palin was supposed to be:

Whatever it is that a tea partyer might not like about Palin, Bachmann’s got that covered, too. Want a candidate who can rattle off her reading list without embarrassing the ticket? “When I ask who she reads on the subject, she responds that she admires the late Milton Friedman as well as Thomas Sowell and Walter Williams. ‘I’m also an Art Laffer fiend — we’re very close,’ she adds. ‘And [Ludwig] von Mises. I love von Mises,’ getting excited and rattling off some of his classics like ‘Human Action’ and ‘Bureaucracy.’ ‘When I go on vacation and I lay on the beach, I bring von Mises.'” Want a true believer who seems interested in winning the election rather than just carrying the torch? “We’ve got a huge messaging problem [on Medicare]. It needs to be called the 55-and-Under Plan. I can’t tell you the number of 78-year-old women who think we’re going to pull the rug out from under them.”

Palin may have the Palinistas behind her, but Bachmann has more of the Tea Party and, if the two of them were to go head-to-head I think Palin might find herself shocked.

While Palin must contemplate taking on Michele Bachmann, though, Texas Governor Rick Perry may well have looked at last night’s debate and seen an opportunity:

Mr. Perry — although he has some vulnerabilities — could potentially fulfill William F. Buckley’s commandment to Republicans: nominate the most conservative candidate who is electable.

Right now, that role is probably filled by Tim Pawlenty — candidates like Mitt Romney (who performed quite strongly tonight) and Jon Huntsman are too moderate for some in the G.O.P. base, while those like Ms. Bachmann and Ms. Palin and Newt Gingrich may not be viewed as electable. If Mr. Perry was watching the debate tonight, he ought to have been most interested in Mr. Pawlenty’s performance.

And Mr. Pawlenty missed a major opportunity when he declined — after repeated prodding by the moderator John King — to critique Mr. Romney’s health care bill, despite having referred to it as “Obamneycare” just a day before. For a candidate who is relying more on sound tactics and positioning than any inherent personal strengths, it was an awfully strange decision — Mr. Pawlenty gets a lot of mileage out of being the “anti-Romney” candidate.

There were many establishment conservatives who, after Mitch Daniels decided not to run, were looking to Tim Pawlenty as the guy who could potentially challenge Mitt Romney most effectively. Last night, he failed to do so despite being given two opportunities and that is likely to lead to an increase in the calls of those who’d like to see Perry get into the race. Now, of course, Perry himself may prove to be a bad candidate, but Pawlenty isn’t going to be given many more chances before the powers-that-be decide he’s through and get behind another horse.  If he isn’t going to fight for the nomination, then why should the donors give him money? And, without money, he won’t have much of a campaign.

Perry and Palin may end up basing their decisions on factors having nothing to do with last night’s debate, but you can rest assured they were watching it closely.