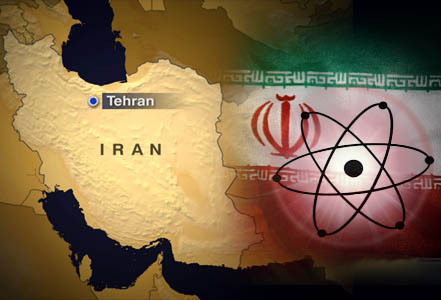 The Saudis seem to be sending a very clear signal to Iran, and the world:

A senior Saudi Arabian diplomat and member of the ruling royal family has raised the spectre of nuclear conflict in the Middle East if Iran comes close to developing a nuclear weapon.

Prince Turki al-Faisal, a former Saudi intelligence chief and ambassador to Washington, warned senior Nato military officials that the existence of such a device “would compel Saudi Arabia … to pursue policies which could lead to untold and possibly dramatic consequences”.

He did not state explicitly what these policies would be, but a senior official in Riyadh who is close to the prince said yesterday his message was clear.

“We cannot live in a situation where Iran has nuclear weapons and we don’t. It’s as simple as that,” the official said. “If Iran develops a nuclear weapon, that will be unacceptable to us and we will have to follow suit.”

Officials in Riyadh said that Saudi Arabia would reluctantly push ahead with its own civilian nuclear programme. Peaceful use of nuclear power, Turki said, was the right of all nations.

Turki was speaking earlier this month at an unpublicised meeting at RAF Molesworth, the airbase in Cambridgeshire used by Nato as a centre for gathering and collating intelligence on the Middle East and the Mediterranean.

According to a transcript of his speech obtained by the Guardian, Turki told his audience that Iran was a “paper tiger with steel claws” that was “meddling and destabilising” across the region.

“Iran … is very sensitive about other countries meddling in its affairs. But it should treat others like it expects to be treated. The kingdom expects Iran to practise what it preaches,” Turki said.

Another thought that occurs to me is that Pr. Turki’s statement may be meant as a timely warning to Iran. With Iran’s president, Mahmoud Ahmadinejad, seemingly fighting to stay in power, the prince may be trying to exert a bit of a Saudi shove to see him out the door, alerting the Iranian powers-that-be of the consequences of keeping him as president. Perhaps the spear-rattling of the Iranian government is finally wearing thin on the Iranians

One can only hope, because the prospect of a nuclear arms race across the Persian Gulf isn’t exactly something to look forward to.
FILED UNDER: Middle East, National Security, World Politics, Iran, John Burgess, Mahmoud Ahmadinejad, NATO, nuclear weapons, Persian Gulf, Saudi Arabia, The Guardian