Whataboutism about a visit to Whataburger (and other tales of obfuscation).

A headline from a 2019 piece (an interview with historian Erika Lee) from PRI’s The World reads a follows: For centuries, migrants have been said to pose public health risks. They don’t.

The introduction of that piece goes on to state:

The trope that migrants bring diseases that threaten immigrant-receiving countries is among the most pervasive myths touted in anti-immigrant discourse, and one justification of racist and humiliating policies directed toward immigrants throughout history.

Though there are some historical examples — such as the spread of disease from European colonizers — decades of research have debunked the idea that modern immigrants writ large pose an extreme health risk. But the rhetoric remains prevalent. Fox News commentators, such as Laura Ingraham and Marc Siegel, described immigration as a source of disease and national security risk, pointing to outbreaks of illness in immigrant detention facilities.

The interview discusses Lee’s work and her book on this subject.

If one prefers an overview of the topic without any Covid-era context, there is this 2002 Milbank Quarterly Review piece from 2002 entitled The Foreignness of Germs: The Persistent Association of Immigrants and Disease in American Society.

Anti-immigrant rhetoric and policy have often been framed by an explicitly medical language, one in which the line between perceived and actual threat is slippery and prone to hysteria and hyperbole.

And the conclusion of the piece reiterates:

Metaphors of germs and contagion have never lurked far beneath the surface of such rationales. As we have shown, more often than not these arguments have been motivated by, and closely intertwined with, ideologies of racialism, nativism, and national security rather than substantiated epidemiological or medical observations. Not surprisingly, these attitudes have deterred rather than encouraged many immigrants from seeking medical care. As the 20th century came to a close, the associations between immigration and disease remained powerful and prevalent.

All of which is a prelude to the Governor of Florida this week reacting to criticism by President Biden of governors who don’t want to engage in mitigation policies vis-a-vis Covid-19.

One, if DeSantis is worried about immigrants being infected with Covid-19, and especially about said immigrants being able to move about freely in the US, would he not prefer that they be masked? Or is he requesting that the infection isolate from the broader population? What are his views on infected citizens and legal residents in Florida? Why is he banning masks in classrooms in his state?

Two, even if we stipulate that his concern about the southern border is genuine, what does that have to do with hospitalizations in the state of Florida? My degree is not in geography, but I am fairly certain Florida does not border Mexico nor, indeed, does it have a southern land border with any country whatsoever.

Three, this is simply faux outrage whataboutism, which then leads me to Whataburger.

To wit via TPM: How Right-Wingers Used A Single Whataburger Meal To Blame Immigrants For COVID.

In a filing in federal court Monday, the state of Texas argued that Gov. Greg Abbott (R) was justified in ordering state troopers to pull over anyone they thought was driving undocumented immigrants — because of one family’s meal at a Whataburger in South Texas.

“Consider, for example, a family of migrants released in La Joya, Texas,” lawyers for the state wrote. “The family went to a public restaurant and began ‘coughing and sneezing without covering their mouths.'” The family in question told police they had COVID-19, the filing noted.

The federal judge handling the case, a Bush appointee, wasn’t convinced. On Wednesday, she temporarily paused Abbott’s order, saying that it was the governor’s order, not immigrants, that risked “exacerbating the spread of COVID-19.”

The fury over the Whataburger meal conveniently ignores some key issues in Texas, including that localities are still forbidden by the governor from instituting mask mandates, and that Texas’ vaccination rate lags behind the rest of the country. As the Washington Post reported recently, “what the hardest-hit states do have in common is relatively low vaccination rates,” not large numbers of new arrivals.

The piece goes on to back up that claim.

DeSantis is almost certainly building off of Abbot’s fearmongering about Covid-infected immigrants.

It is all a combo of scapegoating and whataboutism. And, not too surprisingly, there is no intellectual consistency. If Covid-infected persons in Whataburgers are problematic (and they are) then focus on masking, isolation as needed, and vaccination.

Local health officials in the area have tried, so far unsuccessfully, to push back against the anti-immigrant rhetoric.

“They’re not posing more of a danger than myself, I’ve been in seven COVID units today,” Ivan Melendez, the Hidalgo County health authority, said at a press conference Thursday, stressing that the COVID-19 positivity rate among recent immigrants was roughly the same as among Texans overall.

And, largely left unsaid in the La Joya story: Texans who aren’t undocumented immigrants — and therefore, who aren’t the targets of a right-wing talking point — have largely been allowed to freely spread the virus, without any requirements to wear masks or be vaccinated.

Fourth, whenever a politician starts trying to scapegoat a vulnerable population, especially by emphasizing their otherness and their alleged dirtiness or their sickness I can’t help but think of Nazi Germany. One may point out that this may be a bit dramatic and perhaps even simplistic, but whenever I first learned the term “scapegoating” it was as a child in the context of Hitler and the Jews, so the association in my mind is easy to make and quite strong. Whoever taught me that, and it was either my mother or a teacher when I was fairly young, also taught me that scapegoating is wrong.

Acting like the threat from Covid is really about dirty, diseased immigrants is just a repeat of the history I cited above. It is gross and should be unacceptable. And, I think that politicians who resort to this kind of behavior ought to be ashamed of themselves, although I am certainly not naive enough to think that they will be.

Adult me knows that this is neither new behavior nor is it behavior that is ever likely to cease to exist on the face of the planet Earth. The little boy in me that learned about scapegoating, just wants people to cut it out, in that indignant way a child thinks people doing the wrong thing should just stop it.

Adult me also comes close to weeping knowing that the kind of rhetoric DeSantis and Abbot are using works on a lot of people.

FILED UNDER: Borders and Immigration, COVID-19, Health, US Politics 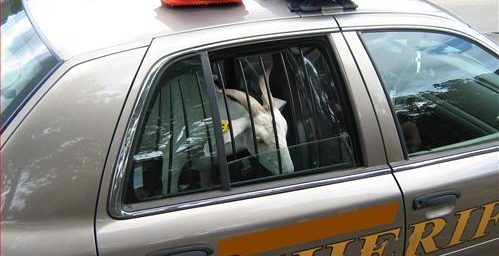 Yes, Blaming one Group of Muslims for the Actions of Others is, by Definition, Scapegoating