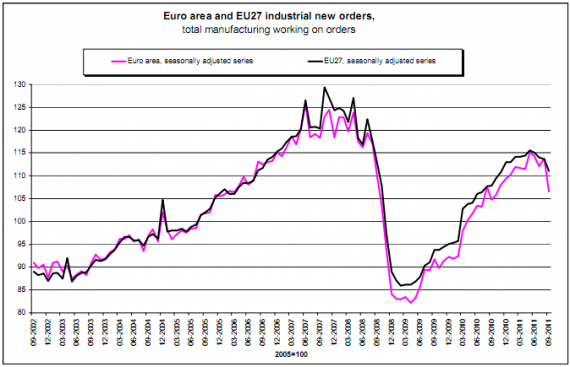 Stuart Staniford passes along this chart of industrial output in the Eurozone, and the broader EU as a whole:

Eurostat just released figures for industrial new orders for September.  The summary graph is above both for the Eurozone specifically (pink) and the whole EU (black).

Clearly the September number is a very weak reading and suggests that Europe may now be entering a sharp contraction in the real economy.

If, as this indicates, Europe is already in, or headed into a recession, then the consequences for financial markets, and the United States, could be quite severe.