Well, this is interesting:

Mike Boniello, the company’s chief operating officer, will assume a broader leadership role until a replacement for Mr. Rasmussen is named.

The Company emphasized that Mr. Rasmussen’s legacy remains intact.  His polling methodologies and protocols, widely acknowledged as among the most accurate and reliable in the industry, continue to guide and inform the company’s public opinion survey techniques.  In addition, the editorial culture of excellence that he built is still very much in place.

Noson Lawen Partners, the Company’s majority investor, sees tremendous prospects for Rasmussen Reports in an evolving media landscape hungry for original, branded content, and it is committed to supporting the company with the capital, leadership and strategic partnerships necessary to improve and expand the business beyond the fields of politics and public affairs.

The Company will continue to build the company’s polling technologies to address the dynamics of a mobile marketplace.  In addition, it will focus on helping further expand RR products via digital business initiatives.

No word on whether the company will continue to bear Rasmussen’s name in the wake of his departure. As for the rest of the statement, not withstanding the boilerplate in the press release, there have been significant controversy over Rasmussen’s polling methods and his partisan biases during the past several election cycles. In both the 2010 election cycle and the 2012 election cycle, Rasmussen’s polls were criticized by Nate Silver and others for having a significant Republican “house effect,” as well as for being among the least accurate pollsters over the course of both election cycles. Additionally, Rasmussen himself had become such a frequent guest on Fox News Channel that it was hard to tell where the polling firm ended and the political advocate began. It’s possible that the Board saw this as detrimental to the long term interests of the company. It will be interesting to see what the “back story” to all of this is, as well as what impact this actually has on Rasmussen’s polling in the future. 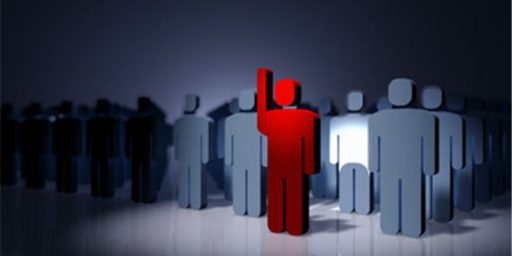