British nurses want to give suicidal patients clean razor blades to minimize the risk of infection.

NURSES want patients who are intent on harming themselves to be provided with clean blades so that they can cut themselves more safely. They say people determined to harm themselves should be helped to minimise the risk of infection from dirty blades, in the same way as drug addicts are issued with clean needles.

This could include giving the “self-harm” patients sterile blades and clean packets of bandages or ensuring that they keep their own blades clean. Nurses would also give patients advice about which parts of the body it is safer to cut.

This is, apparently, not a satire.

One would think that slashing one’s wrists and dying would ameliorate the impact of infection from dirty razor blades. And the comparison with needle distribution programs is inapt. I am unaware of a practice whereby suicidal people share blades.

Update: This actually makes more sense after some reader comments and subsequent research. Apparently, there is a widespread practice wherein teens mutilate themselves with razor blades yet do not intend to kill themselves.

Michelle Malkin actually reported on it quite extensively last February.

The American Association for Marriage and Family Therapy has an excellent primer on “Adolescent Self-harm.”

By definition, self-harm refers to hurting oneself to relieve emotional pain or distress. The most common forms of this behavior are cutting and burning. The least common forms of self-harm include pulling out bodily hairs, punching walls, and ingesting toxic substances or sharp objects.

Many adolescents today are struggling to cope with extreme levels of stress in school, in their families, and in their peer relationships. Some of these youth are overscheduled and being hurried through their adolescent years by parents and peers alike. Teens have become vulnerable prey to our highly toxic, media-driven world. Being in front of a computer or TV screen for close to six hours a day has become business as usual and more important than spending time with family and friends. Adolescent girls are constantly being bombarded by images in the media about how they should look and act. Especially for young women, failure to live up to these idealized images can lead to developing an eating disorder and/or engaging in self-harming behavior as a form of self-punishment.

One major reason why adolescents gravitate towards self-harming behaviors is the endorphin effect. When adolescents cut or burn themselves, endorphins are quickly secreted into their bloodstreams and they experience a numbing or pleasurable sensation. For some of these youth, cutting or burning themselves numbs away unpleasant thoughts and feelings or they feel “high” from the experience. Like addiction to a particular drug, the endorphin “high” provides fast-acting relief for adolescents from their emotional distress and other stressors in their lives. Other important reasons as to why teens engage in self-harm include:

* Feeling emotionally disconnected from or invalidated by their parents
* Wanting to “fit in” within a particular peer group that encourages and rewards self-harming behavior
* Feeling emotionally dead inside or feeling invisible in their parents’ eyes. Self-harm makes them feel alive inside and helps confirm their existence in reality.
* For girls, self-harm may be used as a coping strategy with overly demanding parents, especially in situations where the father is the dominant voice when it comes to discipline and decision-making

NPR’s Alix Spiegel has an audio report entitled, “The History and Mentality of Self-Mutilation.” 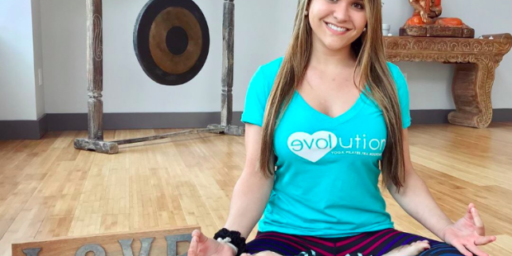