Tammy Duckworth recently became the first sitting Senator to give birth. Thanks to a rule change, she'll be allowed to bring her baby on the floor of the Senate if she needs to. 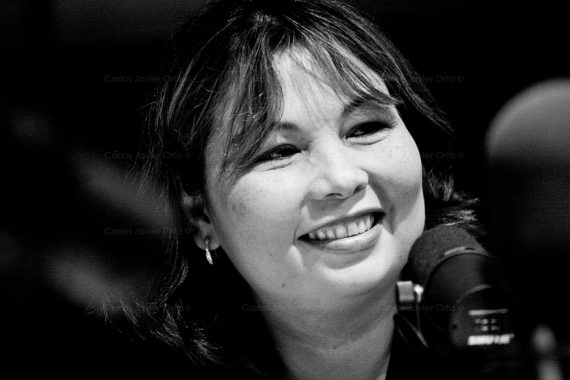 Earlier this month, Illinois Senator Tammy Duckworth became the first U.S. Senator to give birth while in office and yesterday the Senate voted to change its rules to allow babies on the floor of the Senate:

It’s official: Sen. Tammy Duckworth’s baby will be allowed on the Senate floor.

The Senate on Wednesday night unanimously approved a change to its rules to permit the children of senators onto the floor until they are 1 year old.

Duckworth, the Illinois Democrat who this month became the first senator in U.S. history to give birth in office, pushed for the rule change during her pregnancy. She gathered support among other lawmakers who wanted to send a symbolic message that the Senate, like all workplaces, should make small accommodations for working parents.

The proposal originally generated some fussiness in the typically staid U.S. Senate, which is bound by tradition and seldom changes its rules.

Sen. Amy Klobuchar, ranking Democrat on the Senate Rules Committee, said some fellow lawmakers questioned why Duckworth couldn’t vote from the Senate cloakroom while holding her baby, but the cloakroom is not wheelchair accessible — an issue for someone like Duckworth, who lost both her legs serving in the Iraq War.

Some senators also asked whether a staffer could hold the baby while Duckworth votes, but conflict of interest rules prevent her from having federal employees babysit her child. There was also concern that the Senate would devolve into the more-rowdy House, where children are allowed; in response, the rule was limited to allowing only children under the age of one.

Klobuchar said the rule is largely designed to aid lawmakers when last-minute votes are called and child care can’t be found.

“We vote late into the night; we vote at unpredictable times,” she said. “It doesn’t work with a newborn.”

Duckworth, in a statement, said the rule changes helps “bring the Senate into the 21st Century by recognizing that sometimes new parents also have responsibilities at work.”

“By ensuring that no Senator will be prevented from performing their constitutional responsibilities simply because they have a young child, the Senate is leading by example and sending the important message that working parents everywhere deserve family-friendly workplace policies,” she said.

A baby may even add some levity to the politically-charged chamber.

“I think it will do us good in the United States Senate, every once in a while, to see a pacifier next to the antique inkwells on our desk or a diaper bag next to one of these brass spittoons which sits on the floor, thank goodness, never used,” said Sen. Dick Durbin (D-Ill.).

It’s unclear how soon Duckworth might take advantage of the new rules. She told POLITICO before Maile Pearl Bowlsbey was born that she planned to take an unofficial maternity leave but would return to the Senate when her vote was needed.

The Senate could vote next week on Secretary of State-designate Mike Pompeo. Veterans Affairs Secretary-designate Ronny Jackson could get a vote in the coming weeks, too.

As of now, the new rule marks only a baby step. Duckworth is the only senator with a child under 1 year old who might be able to take her child on the floor. But Klobuchar and other advocates say they hope there will soon be other senators who might have to make use of the accommodation.

First of all, congratulations are in order for Duckworth and her husband on the birth of their daughter and second child. Previously, Duckworth had given birth to the couple’s first child while serving in the House of Representatives but that was not a first as several other Congresswomen had given birth while serving, and the rules of that body actually allow members to bring their children on the floor as long as they are being orderly and not disruptive. In the case of the Senate, Duckworth is relatively young compared to other women who have been elected to the upper chamber of Congress so this is really the first opportunity the Senate has had to deal with this issue. It is, of course, a reasonable rule change that will allow Duckworth to continue her Senate duties as needed while taking care of a newborn.

Of course, some would argue that babies have always been allowed on the floor of the Senate, but those would be babies of the adult variety.

Update:brought baby Maile to the Senate floor Senator Duckworth took advantage of the new rule this afternoon when she to cast a vote against the nomination of Jim Bridenstine to be the new NASA Administrator.