My latest for The National Interest, "Europe's Free Ride on the American-Defense Gravy Train," has posted. 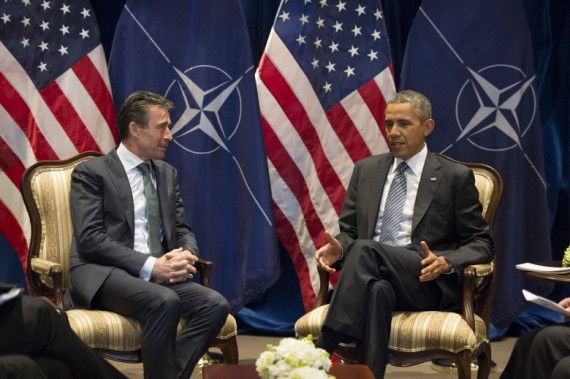 My latest for The National Interest, “Europe’s Free Ride on the American-Defense Gravy Train,” has posted.

In the run-up to September’s NATO summit in Wales, the Obama administration is sending decidedly mixed signals to its European allies, simultaneously demanding that they contribute more to their own security and signaling that they needn’t bother.

The recent Russian aggression in Ukraine was the latest wake-up call for NATO’s oldest allies that they face real security threats. (The newer allies, who came under Moscow’s dominance during the Soviet days, ostensibly didn’t need the reminder but their spending patterns say otherwise.)  But the administration’s actions belied their tough words, making clear that the United States would fill any shortfall from European underinvestment.

In the very same speech where he was exhorting the allies to do their “fair share,” Obama was touting the European Reassurance Initiative, an unconditional American investment of “up to $1 billion” to “bolster the security of our NATO allies here in Europe.” Presuming Congress approves (no small detail, that), “the United States will pre-position more equipment in Europe. We will be expanding our exercises and training with allies to increase the readiness of our forces.” Additionally, the president promised, ”We’ll increase the number of American personnel—Army and Air Force units—continuously rotating through allied countries in Central and Eastern Europe. And we will be stepping up our partnerships with friends like Ukraine, Moldova and Georgia as they provide for their own defense.” All of this was intended to “be a powerful demonstration of America’s unshakable commitment to our NATO allies.”

Demands to do something the receiver doesn’t want to do—in this case, spend money that could go to social welfare programs or job creation on defense—are useless without an “or else.” While senior American officials have been vaguely threatening for years that, if the Europeans didn’t pony up for their own defense, the American taxpayer would stop doing it for them, it’s long been obvious that the threat is hollow. To be sure, the United States has drawn down most of its huge pre-positioned force from the Cold War days. But there’s simply no question that we’ll respond rapidly in the event an ally is seriously threatened. So long as the Europeans know that’s true, they’re unlikely to change their behavior.