Google's Sergey Brin says swiping a phone feels silly, so we should wear dorky goggles around all day. 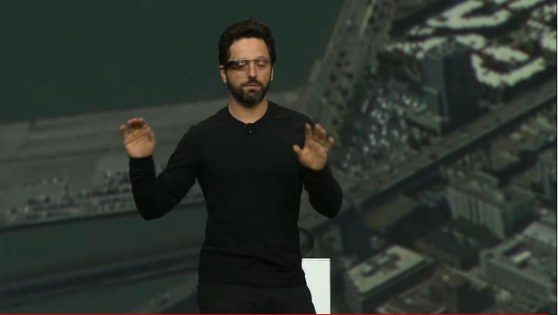 Google’s Sergey Brin says swiping a phone feels silly, so we should wear dorky goggles around all day.

As the world’s top advocate for Google Glass, Sergey Brin has to say a lot of stuff in favor of the technology — even if some of it’s pretty dumb.

Brin, for example, doesn’t like touchscreens. “I feel it’s kind of emasculating. You’re just rubbing this featureless piece of glass,” he said during a TED talk in Long Beach, Calif. today.

Some people have reacted to the supposed sexism embedded in Brin’s use of “emasculating,”  but it’s clear that Brin was reaching for a way to say that fiddling away with a piece of glass as if it’s interacting with you feels a bit silly.

But even if we substitute in a more politically correct word for “emasculating,” does Brin’s charge hold up? I’m still not so sure. At this point, Brin seems to be grasping for whatever arguments he can in an effort to convince the world that Google Glass is something it needs. So far, most of his arguments have come up a bit short, at least if you’re wary of effusive claims about new technology.

Brin loves to compare Google Glass to the smartphone, which, while amazing and life-changing  just isn’t good enough. (This, it seems, includes even Google’s own Android phones, which Brin seems eager to make obsolete.)

“The cellphone is a nervous habit. I whip this out and look as if I have something important to do. [Google Glass] takes that away,” he said.

Invoking the cellphone’s social stigma in an attempt to justify the existence of Google Glass may seem clever, but it’s really not. The technology is only in its prototype phase, and yet it’s already raising all kinds of concerns about how it will change the way we interact with each other. (You think people constantly whipping out their cell phones is bad? Just wait until you start having conversations with people who are constantly looking at the little displays attached their faces. Something tells me that won’t be any better.)

There are all manner of social problems surround smartphones, with the fact we’re constantly pulling them out among them and emasculation not. But whatever word best conveys Brin’s criticism, it’s hard to imagine it wouldn’t apply in spades to Google Glass. I mean, shouldn’t Brin be wearing a UC Santa Cruz Banana Slugs t-shirt for this demonstration?