Shame On You, Bill Press

Press can assert all he wants that his call to suppress Beck's rights "has nothing to do with freedom of speech," but that's transparent hokum. 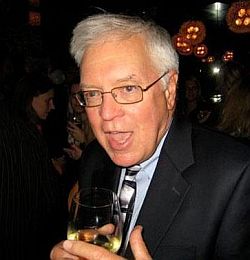 According to Bill Press, letting Glenn Beck speak at Lincoln Memorial is just like letting Al-Qaeda speak at the World Trade Center:

[T]he National Park Service has given Glenn Beck permission to hold a Tea Party rally on the steps of the Lincoln Memorial on August 28 –- 47 years to the day after Martin Luther King gave his magnificent “I Have A Dream” speech.

If you ask me, that’s like granting al Qaeda permission to hold a rally on September 11 – at Ground Zero.

What the hell were those bureaucrats at the Park Service thinking? [Emphasis added.]

Perhaps they were thinking that longstanding Supreme Court precedent requires strict content neutrality in issuing permits for use of public spaces (see, eg., Ward v. Rock against Racism). I assume Press is familiar with this concept. He just doesn’t think it applies to people with whom he disagrees.

I don’t much care for listening to Glenn Beck, either. But he has the same rights as every other citizen. Press can assert all he wants that his call to suppress Beck’s rights “has nothing to do with freedom of speech,” but that’s transparent hokum. Anyone who owes their living to our free speech traditions should be ashamed of himself for even suggesting that another’s freedom to speak be curtailed because he doesn’t like what the speaker says.