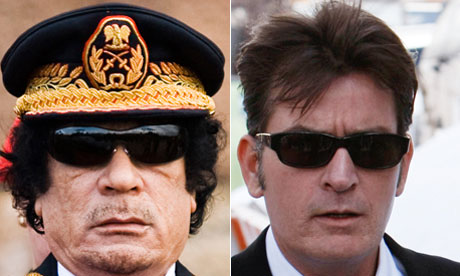 Via the Guardian:  Charlie Sheen v Muammar Gaddafi: whose line is it anyway?