Shirley Sherrod's lawsuit against Andrew Brietbart promises to be an interesting test of the boundaries of defamation law in the political blogosphere. 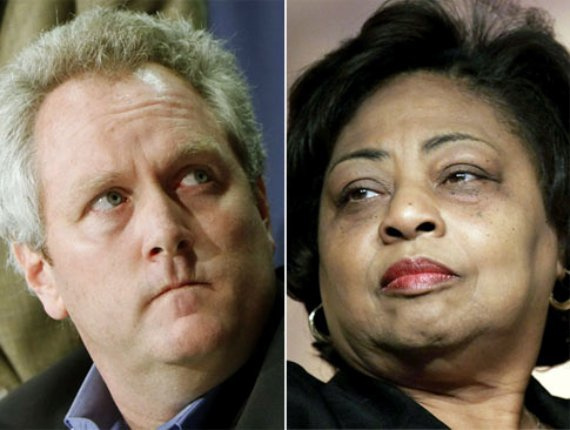 As I noted yesterday, Shirley Sherrod has filed a defamation lawsuit against Andrew Breitbart over the video that he posted on her website in July that ended up costing her to lose her job with the USDA:

WASHINGTON — Shirley Sherrod has filed a defamation suit against Andrew Breitbart, the conservative gadfly she alleges triggered her firing by the Obama administration and ignited a national debate on race and reverse discrimination. Sherrod was the Georgia director for rural development for the U.S. Department of Agriculture until last June, when Breitbart posted online a heavily edited video excerpt of her speaking to a Georgia civil-rights group in which Sherrod, an African American woman, suggested that she once discriminated against a white farmer seeking help. The resulting tumult led the USDA to ask for Sherrod’s resignation. But once the entire video was made public, it became clear that Sherrod was talking about overcoming her own racial prejudices. (…) “Although the defamatory blog post authored by Defendant Breitbart purported to show video proof that Mrs. Sherrod exhibited racism in performance of her USDA job,” states the complaint, posted Monday by the website Talking Points Memo, the video Breitbart used was an excerpt “from a much longer speech by Mrs. Sherrod that demonstrated exactly the opposite.” As a result of Breitbart’s actions, the complaint says, Sherrod has suffered “enduring damage to her reputation, as well as emotional distress and financial damages from her loss of employment at USDA.” The lawsuit does not request a specific award and seeks punitive damages. It also requests that Brietbart and his company remove all “defamatory language and video” from his blog at BigGovernment.com — as well as from YouTube. Breitbart was served with the suit late last week while attending the Conservative Political Action Conference in Washington.

The full complaint is embedded below, but here’s the meat of Sherrod’s allegations against Brietbart and his co-Defendants:

3. Although the defamatory blog post authored by Defendant Breitbart purported to show “video proof” that Mrs. Sherrod exhibited “racism” in the performance of her USDA job responsibilities, the short two-minute thirty-six (2:36) second video clip that Defendants embedded in the blog post as alleged “proof” of this defamatory accusation was, in truth, an edited excerpt from a much longer speech by Mrs. Sherrod that demonstrated exactly the opposite. In sharp contrast to the deliberately false depiction that Defendants presented in the defamatory blog post, the unabridged speech describes how, in 1986, working for a non-profit group that helped poor farmers, Mrs. Sherrod provided concern and service to a white farmer who, without her help, would almost certainly have lost his farm in rural Georgia.
4. Specifically, Defendants defamed Mrs. Sherrod by editing and publishing an intentionally false and misleading clip of Mrs. Sherrod’s speech and added the following statements as a narrative to the clip:

• “Mrs. Sherrod admits that in her federally appointed position, overseeing over a billion dollars … She discriminates against people due to their race.”

• “[T]his federally appointed executive bureaucrat lays out in stark detail, that her federal duties are managed through the prism of race and class distinctions.”

• “In the first video, Sherrod describes how she racially discriminates against a white farmer.”

To this day, Defendant Breitbart publishes these exact same defamatory statements on his website despite his admitted knowledge of the truth. Indeed, he has subsequently stated that he “could care less about Shirley Sherrod,” underscoring that Mrs. Sherrod’s reputation was, at the very least, expected and acceptable collateral damage to his agenda. http://video.foxnews.com/v/4288023/racial-double-standard-in-white-house.

5. As a direct result of the highly-charged internet media environment, where misleading video segments and defamatory accusations can “go viral” and spread to a global audience in a matter of seconds, the defamatory blog post about Mrs. Sherrod — and the deceptive video segments that accompanied it — did extensive and irreparable harm to Mrs. Sherrod and her reputation.

Later in the Complaint, Sherrod alleges the following:

39. In addition to the false and defamatory statements directed specifically to Mrs. Sherrod, the introductory slides that the Defendants added to the video segment contained false statements of fact about the position that Mrs. Sherrod held at the time that she allegedly “discriminate[d] against people due to their race.” Despite the fact that Mrs. Sherrod’s story regarding her dealings with the Spooners described events that had occurred in 1986 — twenty three years before she was appointed to her federal position — the introductory text falsely states that Mrs. Sherrod “discriminates against people due to their race” in “her federally appointed position,” in the course of administering “over a billion dollars” of federal funds. Only later, after Defendants’ deceptive editing of the video was publicly revealed, did Defendants add a “disclaimer” box to the introductory slides that stated: “While Ms. Sherrod made these remarks while she held a federally appointed position, the story she tells refers to actions she took before she held that federal position.” The disclaimer did not appear on the video at the time it was initially embedded and published and at the time that the media firestorm ensued.

This is just the opening Complaint, of course, and there’s much more to come as this case makes its way through the Courts.  Brietbart will file his response, as will the other Defendants, and discovery will commence, but reading through the Complaint it strikes me as a fairly well-developed defamation claim that is likely to at least survive any preliminary legal challenges.

Perhaps most interesting of all is who is representing Sherrod in this lawsuit:

The complaint is telling for just who Shirley Sherrod’s attorneys are, and it is a very significant point. There are a team of four attorneys at the DC office of Kirkland & Ellis, Thomas Clare, Michael Jones and Beth Williams with the lead being one Thomas D. Yannucci. And who is Tom Yannucci? Glad you asked. He is, if not the preeminent, one of the most preeminent plaintiffs defamation attorneys in the United States. From a September/October 2000 Columbia Journalism Review article:

In-house lawyers at top news organizations describe him as “extremely aggressive,” “very effective,” a straight shooter, and someone who, more than any other plaintiffs’ lawyer, “strikes fear in news organizations’ hearts.”

It is not hyperbole. Yannucci is the attorney who embarrassed and gutted NBC’s Dateline on the fraudulent GM exploding gas tank story and who obtained a page one above the fold retraction from Gannett Newspapers and the Cincinnati Enquirer, and reportedly $18 million dollars, in the Chiquita Brands story.

In other words, not the kind of attorney who would take on a case he didn’t think had a pretty good chance of succeeding. This one is going to be very interesting to watch.

FILED UNDER: Law and the Courts, Race and Politics, US Politics 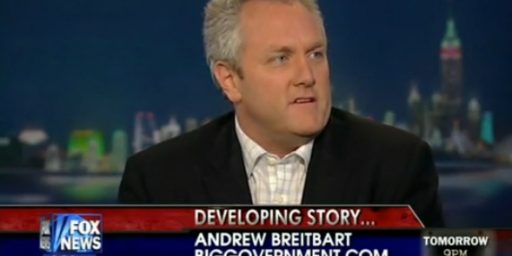