Markos ZÃƒºniga links, shockingly, a Guardian report of a lady who takes her work seriously:

An American archaeologist yesterday urged her compatriots to kill the looters who are pillaging archaeological sites in Iraq.

“I would like to see some helicopters flying over these sites, and some bullets fired at the looters,” Elizabeth Stone, head of archaeology at Stony Brook University in New York, said in London yesterday. “I think you have got to kill some people to stop this.”

Markos thinks this might be a bad idea, given that the looters are almost certainly armed (to which I’d add likely better shots than the archeologists).

One also wonders what Stone’s position on the war was. It’s hard to argue that preventing looting is worth the use of force but not prevention of mass executions and other tyrannies, unless one believes antiquities are more valuable than innocent lives. 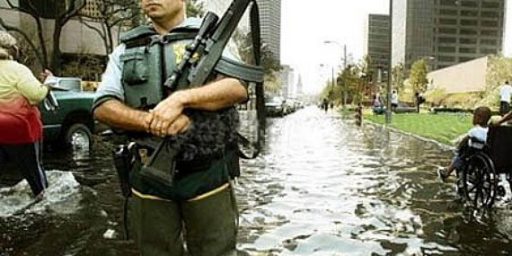