The Daily News went with a pop culture reference for its cover on the government shutdown: 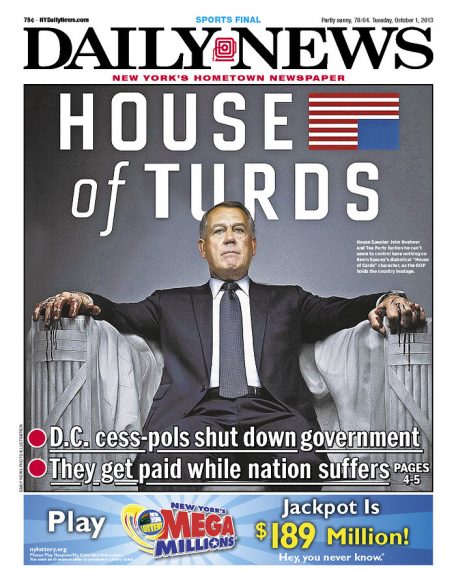