Since When Is Winning A Football Game “Bullying?” 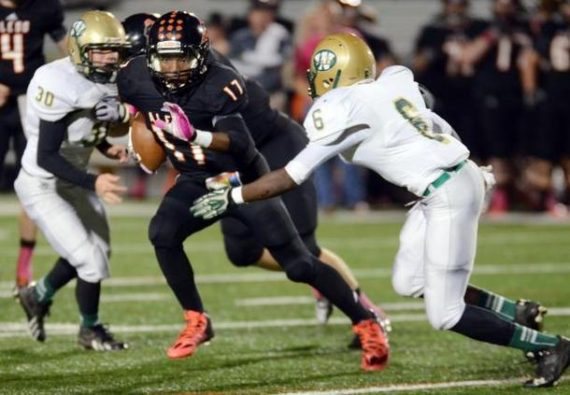 A High School Football Coach faces a bullying charge because his team recently beat a rival 91-0:

The parent of a North Texas high school football player has filed a bullying complaint against a rival team’s coaching staff after a 91-0 loss.

The undefeated Aledo Bearcats have made a habit of soundly defeating their opponents this season. After seven games, the team is outscoring the opposition 485-47.

A Western Hills High School parent filed the bullying complaint after Bearcats defeated the Fort Worth school 91-0 on Friday.

Buchanan said he started substituting players in the first quarter. He also said the game clock ran continuously starting toward the end of the third quarter.

But when asked why the team did not simply start kneeling the ball — in effect, stop trying to play the game — Buchanan was clear in his answer.

“To go out and tell your kids, ‘No, I don’t want you to play hard, because we’re ahead,’ that’s against every fundamental coaching strategy that you have,” he said.

Superintendent Derek Citty said his district will take the complaint just as seriously as it would a complaint that a group of students within the district is picking on a classmate.

Several parents of Western Hills players who attended Friday night’s game described the loss as embarrassing. One parent, who declined to speak on the record, said that the Aledo coaches could have made more of an effort to keep the score down.

Buchanan insisted he and his fellow coaches did exactly that.

“In actuality, we probably could have scored a lot more,” he said. “We did try to keep it down. I was really fearful that we were going to score 100.”

Other reports have been more detailed about the manner in which the Aledo coach did what seems to be his best to avoid running up the score, but like he said, what can you do tell the kids not to play the game? Perhaps there ought to be a “Mercy Rule” in situations like this, or maybe the team at the losing in of such a lopsided score could consider forefeiting the remainder of the game. Or, maybe, you just let them play and let the chips fall where they may. Calling this “bullying” is just plain ridiculous.

Photo via Fort Worth Star-Telegram