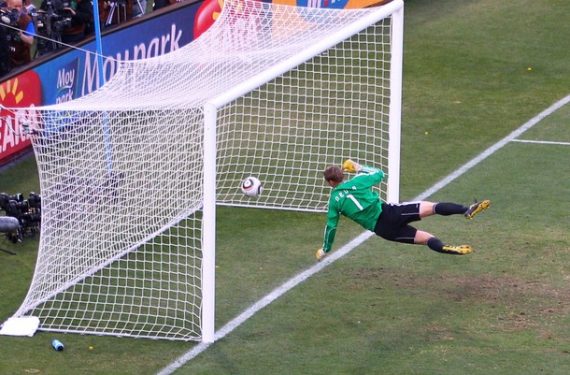 BLOEMFONTEIN, SOUTH AFRICA – JUNE 27: Manuel Neuer of Germany watches the ball bounce over the line from a shot that hit the crossbar from Frank Lampard of England, but referee Jorge Larrionda judges the ball did not cross the line during the 2010 FIFA World Cup South Africa Round of Sixteen match between Germany and England at Free State Stadium on June 27, 2010 in Bloemfontein, South Africa. (Photo by Cameron Spencer/Getty Images)