Some Charts for the Morning: Latin American Economies

Via The Telegraph:  Colombia: from failed state to Latin American powerhouse 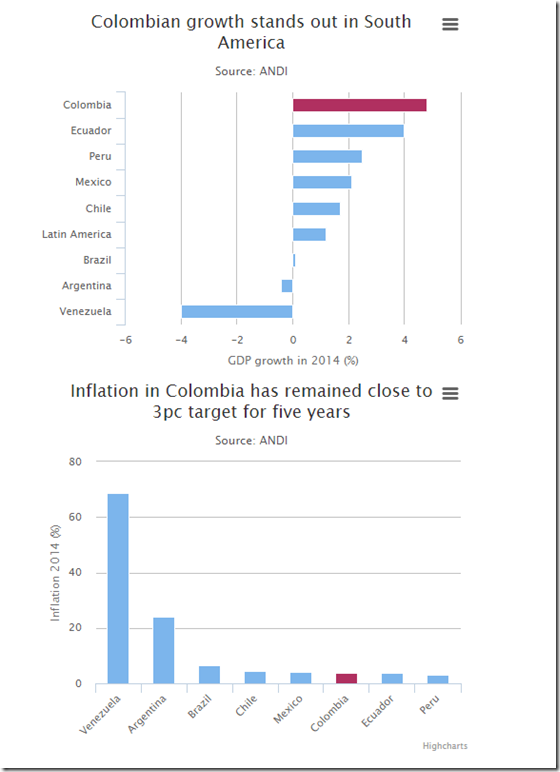