Some People Don’t Understand That The Onion Is Parody

The blog Literally Unbelievable catalogs examples of people on Facebook who apparently think The Onion is a real news source. 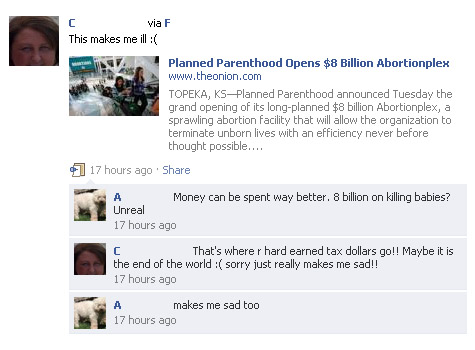