Sometimes a Condi is Just a Condi

Peggy Noonan is distressed by the kooky informality of these modern times:

I know it is small, but in a way such things are never small. To me it seems a part of the rhetorical childishness of the age, the faux egalitarianism of the era. It reminds me of how people in the administration and Congress–every politician, in fact–always refer to mothers as moms: We must help working moms.” You’re not allowed to say “mother” or “father” in politics anymore, it’s all mom and dad and the kids. This is the buzzy soft-speak of a peaceless era; it is an attempt to try to establish in sound what you can’t establish in fact.

Alternate theory: She prefers to be called “Condi.” Her name is, after all, “Condoleeza”. It’s a pretty name and quite distinctive, to be sure. Still, it does not exactly roll trippingly off one’s tongue.

Indeed, why does Margaret Noonan allow herself to be addressed as “Peggy”? Or, indeed, anything other than “Ms.” or “Mrs. Noonan?” That’s mighty informal of her. Every time her byline appears, the social fabric of our society tears just a little. Or not.

To be sure, Noonan is a mere writer of words, not the nation’s chief diplomat. But, most of the time, the president and most everyone else refers to the SECSTATE as “Secretary Rice” or “Dr. Rice.” In more informal settings, the more casual form is used. The implication of this, presumably, is to create a more convivial relationship and a more relaxed atmosphere.

Sometimes, The Worst Part Of Humanity Just Reveals Itself 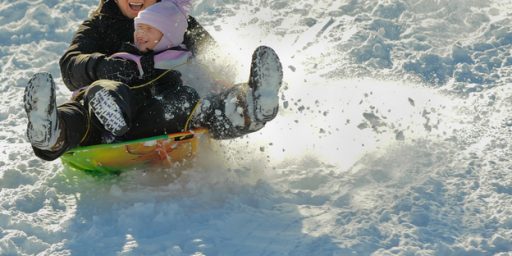 Good News is Sometimes Actually News, Even Near an Election