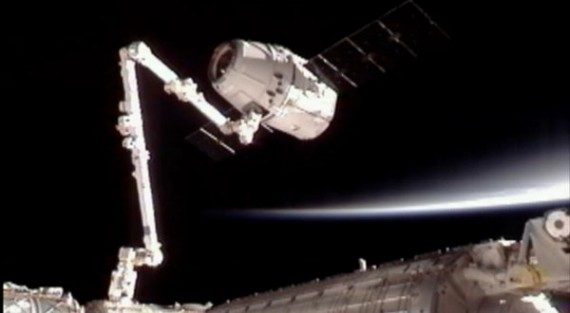 Just three days after an historic early morning launch on Tuesday, the SpaceX cargo capsule Dragon has successfully docked with the International Space Station, opening up a new era of commercial endeavors in space:

High above northwestern Australia, a robotic arm on the International Space Station grabbed onto a cargo capsule floating 10 meters away.

With that simple act, Space Exploration Technologies Corporation of Hawthorne, Calif., or SpaceX, made history as the first private company to send a spacecraft to the space station.

The grab — which NASA refers to as a grapple — occurred at 9:56 a.m. Eastern time on Friday.

“Looks like we’ve got a Dragon by the tail,” said Donald Pettit, the NASA astronaut on the station who was operating the robotic arm, referring to Space X’s Dragon capsule.

SpaceX launched the capsule on top of its Falcon 9 rocket on Tuesday. The company and NASA spent several days conducting tests to check the operations of the Dragon. On Thursday, the Dragon flew 1.5 miles beneath the station to test its communication and navigation systems.

It passed those tests and then looped around the space station to begin its final approach. By design, the approach was slow, with built-in pauses. As part of the testing process, the crew sent commands to the Dragon to stop or temporarily move away, ensuring that Dragon could be safely sent off if something went badly awry.

Yea, that Petit line was a bit cheesy, but I think it captured the moment quite well as this video of the grapple shows:

Also, via SpaceX’s own Facebook page here’s a picture of the ISS taken with Dragon’s thermal imaging sensors an hour or two before docking: 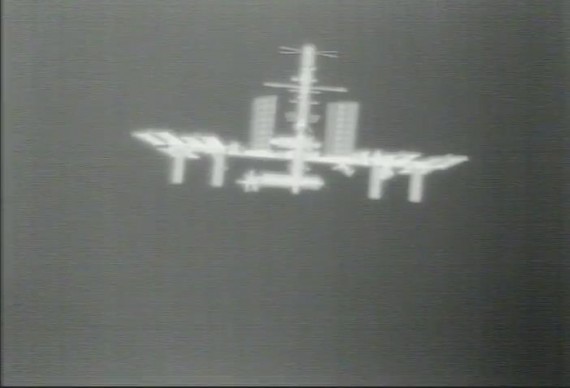 And here’s one of Dragon from the ISS just prior to the first grapple attempt: 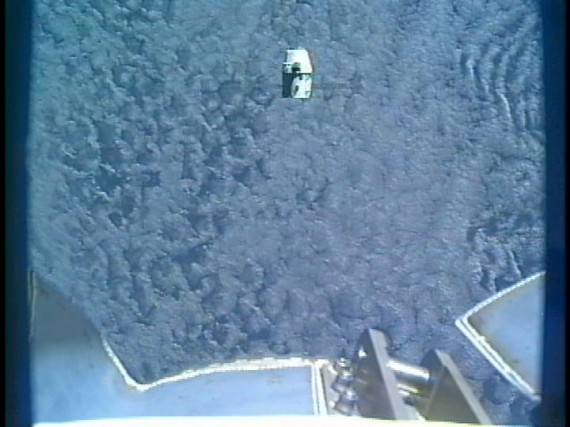