Stephanie Kwolek was looking for a way to improve tires. She invented a life-saving material. 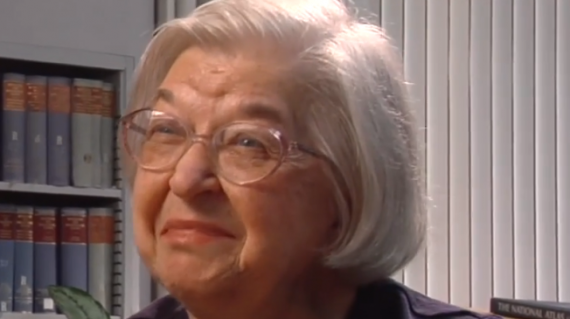 Stephanie Kwolek was looking for a way to improve tires. She invented a life-saving material.

Kwolek, who died Wednesday at 90, was a DuPont Co. chemist who in 1965 invented Kevlar, the lightweight, stronger-than-steel fiber used in bulletproof vests and other body armor around the world.

A pioneer as a woman in a heavily male field, Kwolek made the breakthrough while working on specialty fibers at a DuPont laboratory in Wilmington. At the time, DuPont was looking for strong, lightweight fibers that could replace steel in automobile tires and improve fuel economy.

“I knew that I had made a discovery,” Kwolek said in an interview several years ago that was included in the Chemical Heritage Foundation’s “Women in Chemistry” series. “I didn’t shout ‘Eureka,’ but I was very excited, as was the whole laboratory excited, and management was excited because we were looking for something new, something different, and this was it.”

In a statement, DuPont CEO and Chairwoman Ellen Kullman described Kwolek, who retired in 1986, as “a creative and determined chemist and a true pioneer for women in science.”

Kwolek is the only female employee of DuPont to be awarded the company’s Lavoisier Medal for outstanding technical achievement. She was recognized as a “persistent experimentalist and role model.”

“She leaves a wonderful legacy of thousands of lives saved and countless injuries prevented by products made possible by her discovery,” Kullman said.

During the “Women in Chemistry” interview, Kwolek recounted the development of Kevlar. She said she found a solvent that was able to dissolve long-chain polymers into a solution that was much thinner and more watery than other polymer solutions. She persuaded a skeptical colleague to put the solution into a spinneret, which turns liquid polymers into fibers.

“We spun it and it spun beautifully,” she recalled. “It was very strong and very stiff, unlike anything we had made before.”

The exceptionally tough fibers she produced were several times stronger by weight than steel. So strong, according to friend and former colleague Rita Vasta, that DuPont had to get new equipment to test the tensile strength.

“DuPont was big in Nylon, Dacron,” Vasta explained. “This was way stronger than any of those types of fibers.”

While Kevlar has become synonymous with protective vests and helmets, it has become a component material in products ranging from airplanes and armored military vehicles to cellphones and sailboats.

It’s amazing how often the most important or famous application of an invention is something entirely different from the thing that the inventor was seeking to create.

The AP story estimates that some 3100 police officers lived through gunshot wounds that would have otherwise been fatal because they were wearing Kevlar vests. Presumably, some goodly number of soldiers are in that club as well.

I was a cadet when the Army started phasing in Kevlar helmets to replace the Vietnam-era “steel pot” helmets. Ironically, they actually added unnecessary weight to the helmet because, during testing, they found that soldiers lacked confidence in the ability of the helmet to protect them from injury because they were so much lighter than the one they were accustomed to. About a decade ago, the Army switched to a lighter weight helmet, also made primarily of Kevlar. Essentially, it took an additional quarter century to adopt a helmet that the Army was field testing in the 1970s, based on a material invented before I was born.