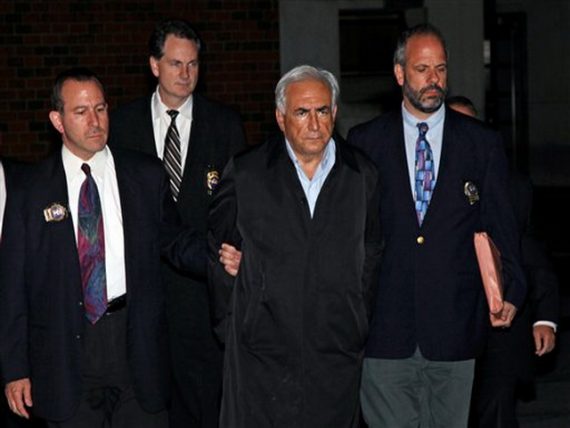 Dominique Strauss-Kahn, head of the International Monetary Fund, is lead from a police station Sunday, May 15, 2011 in New York where he was being held. The arraignment for Strauss-Kahn, who’s accused of sexually assaulting a New York hotel maid, has been delayed. Strauss-Kahn’s lawyer says his client agreed to an examination requested by prosecutors to obtain evidence in the case. His lawyer says an arraignment set for Sunday night will now happen Monday. Police arrested Strauss-Kahn early Sunday on charges including attempted rape. (AP Photo/Craig Ruttle)