Strippers didn't attack us on 9/11. Then again, neither did American Muslims. 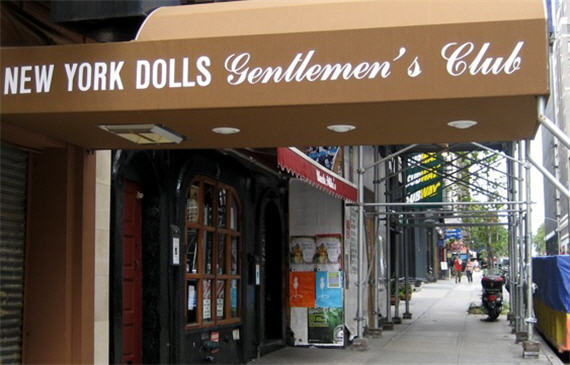 Responding to the notion that the area in which the Cordoba House project is to be built is “hallowed ground,” Jon Stewart and others have pointed out that the building in question was most recently a Burlington Coat Factory and that the environs contains not only another mosque but strip clubs, casinos, and other less-than-highfalutin establishments.

Coming from Pam Gellar of the Atlas Shrugs blog, a leader in the opposition movement, I’m not terribly concerned.   That we’re surrounded by jihadists and we have to fight them off hammer and tong is central to her worldview.    But Jim Treacher says essentially the same thing in the discussion of Nancy Pelosi’s call to investigate mosque opponents.

They are, of course, right.  The 19 hijackers who perpetrated the 9/11 attacks were  not strippers.

Nor, however, were they American citizens.

No, they were foreign born al Qaeda terrorists.   But, unless I’ve missed a very important subplot, al Qaeda isn’t building the Cordoba House.  (Although, if they were, it strikes me that we should let them do it but key a very close eye on them.  Far better to have them in New York under FBI surveillance than hiding out in Yemen or Pakistan’s tribal areas.)

Ah, you say, but the hijackers were Muslims.  And this is a Muslim community center.  Q.E. F”ing D!

But there are 1.57 billion Muslims.  They comprise nearly a quarter of the world’s population.  A vanishingly small number of them are violent extremists.  And the people building this center aren’t among their number.

Prior to the 9/11 attacks, the most deadly terrorist incident on American soil was the 1995 car bombing of the Murrah Federal Building in Oklahoma City, which killed 168 people and wounded over 600.   It was carried out by Timothy McVeigh and co-conspirators Terry Nichols and Michael Fortier.  None of them were Muslims.    McVeigh, the leader, was, in no particular order:

Presumably, if someone wanted to build a facility near the Murrah Building that housed chapters of the VFW, the NRA, the Knights of Columbus, and the local Republican Party headquarters, no one would bat an eye.  Nor, of course, should they.

Of those groups, the only one targeted for scrutiny is the last.   But, oddly, while white supremacy seems to be a uniting factor in the militia movement of which McVeigh and his cohorts were part, it wasn’t the motivating factor for the plot.

The average Tea Party protest attendee has more in common with McVeigh than the average American Muslim has in common with the 9/11 hijackers.*  But most of us would be outraged if a movement arose to prevent the Tea Party from exercising their rights to buy private property and gather on it.  Even if they did it in Oklahoma City.

*I hasten to add: The chasm between either group and their violent, extremist cousins is wide.