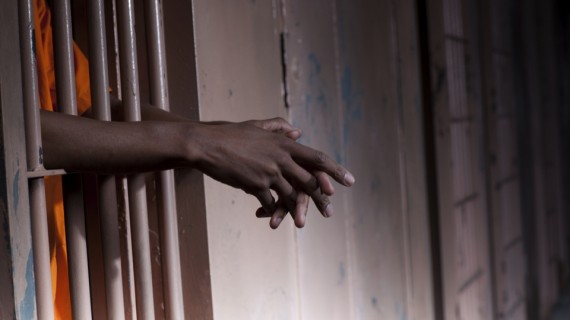 A shocking, but as I will explain below not surprising, study:

Black men are half as likely to die at any given time if they’re in prison than if they aren’t, suggests a new study of North Carolina inmates.

The black prisoners seemed to be especially protected against alcohol- and drug-related deaths, as well as lethal accidents and certain chronic diseases.

But that pattern didn’t hold for white men, who on the whole were slightly more likely to die in prison than outside, according to findings published in Annals of Epidemiology.

Researchers say it’s not the first time a study has found lower death rates among certain groups of inmates — particularly disadvantaged people, who might get protection against violent injuries and murder.

“Ironically, prisons are often the only provider of medical care accessible by these underserved and vulnerable Americans,” said Hung-En Sung of the John Jay College of Criminal Justice in New York.

“Typically, prison-based care is more comprehensive than what inmates have received prior to their admission,” Sung, who wasn’t involved in the new study, told Reuters Health by email.

The new study involved about 100,000 men between age 20 and 79 who were held in North Carolina prisons at some point between 1995 and 2005. Sixty percent of those men were black.

Researchers linked prison and state health records to determine which of the inmates died, and of what causes, during their prison stay. Then they compared those figures with expected deaths in men of the same age and race in the general population.

Less than one percent of men died during incarceration, and there was no difference between black and white inmates. But outside prison walls, blacks have a higher rate of death at any given age than whites.

“What’s very sad about this is that if we are able to all of a sudden equalize or diminish these health inequalities that you see by race inside a place like prison, it should also be that in places like a poor neighborhood we should be able to diminish these sort of inequities,” said Evelyn Patterson, who studies correctional facilities at Vanderbilt University in Nashville, Tennessee.

This isn’t surprising at all. First of all, when someone is in prison the opportunities for drug and alcohol abuse, which contribute significantly to bad health, are significantly reduced. Additionally, prison diets are much more regulated and, quite honestly, probably healthier than what someone in a lower-income group is likely to eat on the outside. Moreover, there isn’t much else to do when you’re behind bars other than exercise, which itself has health benefits. Finally, while prison health care doesn’t provide for regular checkups necessarily, it’s likely to be better than what the inmate could get on the outside. Meanwhile, on the outside, African-American men are more likely than the population as a whole to have drug and alcohol problems, the diet of someone who lives in a lower income group is likely to be high in fat and salt, and less access to health care.

The policy implications here seem rather clear, the question is how to implement them. Long-term poverty in minority communities has been a problem in the United States for awhile, and nothing the government has done has seemed help at all.