A new study finds that, contrary to previous belief, regular aerobic exercise does not stop the physical decline caused by aging. On the other hand, because people who exercise regularly tend to be more fit to begin with, they are still far healthier than their sedentary counterparts regardless of age.

Exercise can’t hold off the effects of aging, but it can improve an elderly person’s chances of hanging onto an independent lifestyle, researchers said, citing a new study that brought both good and bad news. A treadmill test given to different age groups showed that as people aged, their aerobic capacity Ã¢€” the amount of oxygen consumed while exercising Ã¢€” declined at higher rates with each passing decade whether they exercised or not.

The researchers knew the rate of decline would worsen with age, but they were surprised by the magnitude, said Dr. Jerome L. Fleg, a cardiologist who is lead author of the study and a medical officer at the National Heart, Lung and Blood Institute in Maryland. “I guess we were a little disappointed that regular exercise didn’t make a difference in the rate of decline,” he said.
However, he pointed out that those who exercise still end up ahead because their aerobic capacity was higher to begin with.
“If I start higher, I’m going to end higher,” Fleg said. “Having a higher aerobic capacity translates into being more fit.”

For the study published in Monday’s online edition of the American Heart Association journal Circulation, researchers analyzed treadmill tests from 435 men and 375 women ages 21 to 87 taking part in the Baltimore Longitudinal Study of Aging. The aerobic capacity was measured in the tests about every four years for a median of 7.9 years. During their 20s and 30s, the volunteers’ aerobic capacity declined at a rate of 3 percent to 6 percent per decade. Those in their 70s and beyond faced a decline of more than 20 percent per decade, the researchers found.

“There is a decline with aging, but older people should be in programs to improve their regular function capacity because it will increase their independence,” Goldberg said. “It’ll offset some of the decline. What I really don’t want people to take away from this study is ‘don’t bother.'” Researchers said that one limitation of the study was that participants were healthy and able to walk on a treadmill, making it hard to make comparisons with less fit people in poorer health.

Dr. Chuck McCauley, of the cardiology department at the Marshfield Clinic in Marshfield, Wis., said that clinically speaking, he’s noticed that people who exercise throughout their lives seem to do a lot better physically at handling the daily activities of life as they head into older age. “Those who just have sat their entire life seem to age a little bit prematurely,” he said.

The results seem rather intuitive to me. Anyone who has followed the careers of professional athletes, for example, knows that their physical gifts begin to decline as they near the end of their playing careers. In the sports that reward pure athleticism (as opposed to, say, golf or auto racing) the athlete still performing at a high level beyond age 40 is a rare phenomenon, indeed.

On the other hand, there are 70- and 80-year-olds who still participate in competitive sports. While a shadow of their former selves, presuming they were active in their youth, they are still substantially more fit than couch potatoes twenty years their junior. 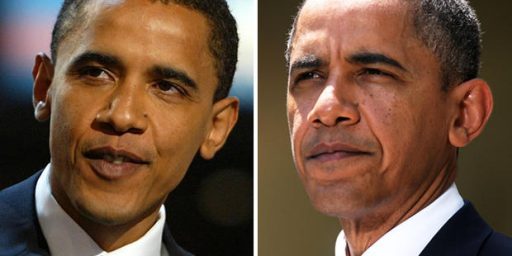 Does Being A National Leader Shorten Your Lifespan? Maybe, Maybe Not