Another year, another record: 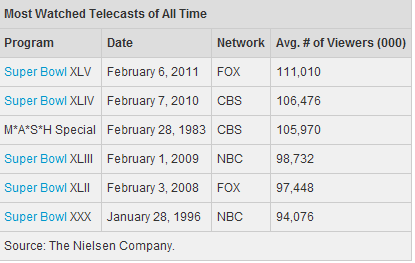 Interestingly, each of the last four Super Bowl’s ranks in the top five, and there’s now only one non-sports program in the top five. However, the M*A*S*H finale still remains at the top of the list in terms of percentage of households who were tuned in.