Suzanne Pleshette, the husky-voiced star best known for her role as Bob Newhart’s sardonic wife on television’s long-running “The Bob Newhart Show,” has died at age 70.

Pleshette, whose career included roles in such films as Hitchcock’s “The Birds” and in Broadway plays including “The Miracle Worker,” died of respiratory failure Saturday evening at her Los Angeles home, said her attorney Robert Finkelstein, also a family friend. Pleshette underwent chemotherapy for lung cancer in 2006.

“The Bob Newhart Show, a hit throughout its six-year run, starred comedian Newhart as a Chicago psychiatrist surrounded by eccentric patients. Pleshette provided the voice of reason.

Four years after the show ended in 1978, Newhart went on to the equally successful “Newhart” series in which he was the proprietor of a New England inn populated by more eccentrics. When that show ended in 1990, Pleshette reprised her role — from the first show — in one of the most clever final episodes in TV history.

It had Newhart waking up in the bedroom of his “The Bob Newhart Show” home with Pleshette at his side. He went on to tell her of the crazy dream he’d just had of running an inn filled with eccentrics. “If I’m in Timbuktu, I’ll fly home to do that,” Pleshette said of her reaction when Newhart told her how he was thinking of ending the show.

In a 1999 interview, Pleshette observed that being an actress was more important than being a star. “I’m an actress, and that’s why I’m still here,” she said. “Anybody who has the illusion that you can have a career as long as I have and be a star is kidding themselves.”

She had quite a run. Coincidentally, my wife and I started watching “The Bob Newhart Show,” which I grew up with but of which she’s previously seen only a few episodes, on DVD this weekend.

UPDATE: A video tribute via AP: 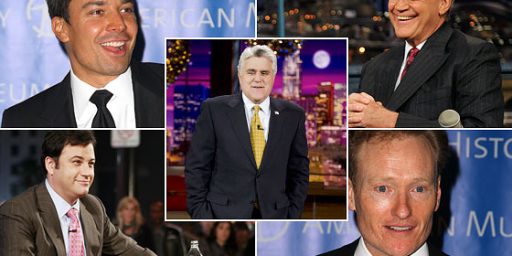