The United Nations has documented 92,901 dead in Syria's civil war.

The United Nations has documented 92,901 dead in Syria’s civil war. 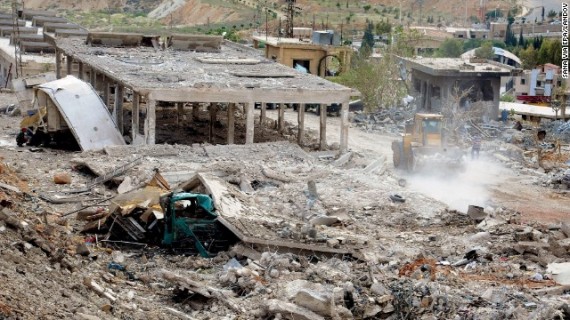 U.N. High Commissioner for Human Rights Navi Pillay announced the figure, saying it was a result of an updated analysis carried out by specialists and covers the period between March 2011 and the end of April 2013.

“Unfortunately, as the study indicates, this is most likely a minimum casualty figure,” he said. “The true number of those killed is potentially much higher.”

The analysis shows a dramatic increase in the average monthly number of documented killings since the beginning of the conflict, from around 1,000 per month in the summer of 2011 to an average of more than 5,000 per month since July 2012, according to the U.N. report.

“This extremely high rate of killings, month after month, reflects the drastically deteriorating pattern of the conflict over the past year,” Pillay said.

Nearly 83% of the documented victims are male, while about 8% are female. The genders of the others were not indicated.

“Not indicated” is presumably code for “unable to be determined.”

While I oppose American military intervention in this crisis, we can certainly recognize it as catastrophic. Not every horrible thing going on the world, alas, is solvable by the United States military.