More than 100,000 Syrians fled their country in August, the UN says – the highest monthly number of refugees since the conflict began in March 2011.

In one month, the UN refugee agency says the total number of people to have left almost doubled to 235,200.

August was arguably Syria’s most violent month yet – as well bringing its biggest flight of refugees – with the pro-opposition Syrian Observatory for Human Rights reporting more than 5,000 deaths.

A substantial number of these persons have fled to Turkey, or hope to do so:

Turkey says it has taken in more than 80,000 people and another 8,000 are waiting at the Syrian border. Media reports say another 10,000 Syrians crossed the border without being registered as refugees and are having difficulty with housing.

An even larger number are in Jordan:

According to the Jordanian government, up to 183,000 Syrians have entered the country since the uprising began and refugees are arriving at a rate of around 1,000 a day.

Others are fleeing to Iraq and Lebanon. 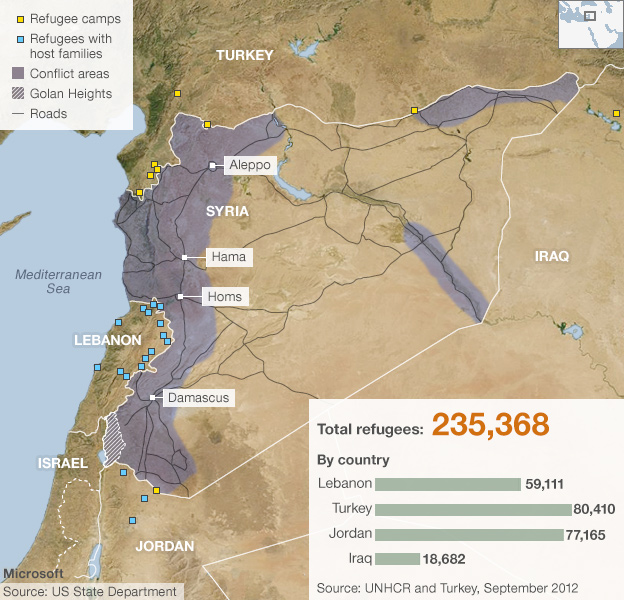