Yet another example of the foolishness of having firearms in the schoolhouse. 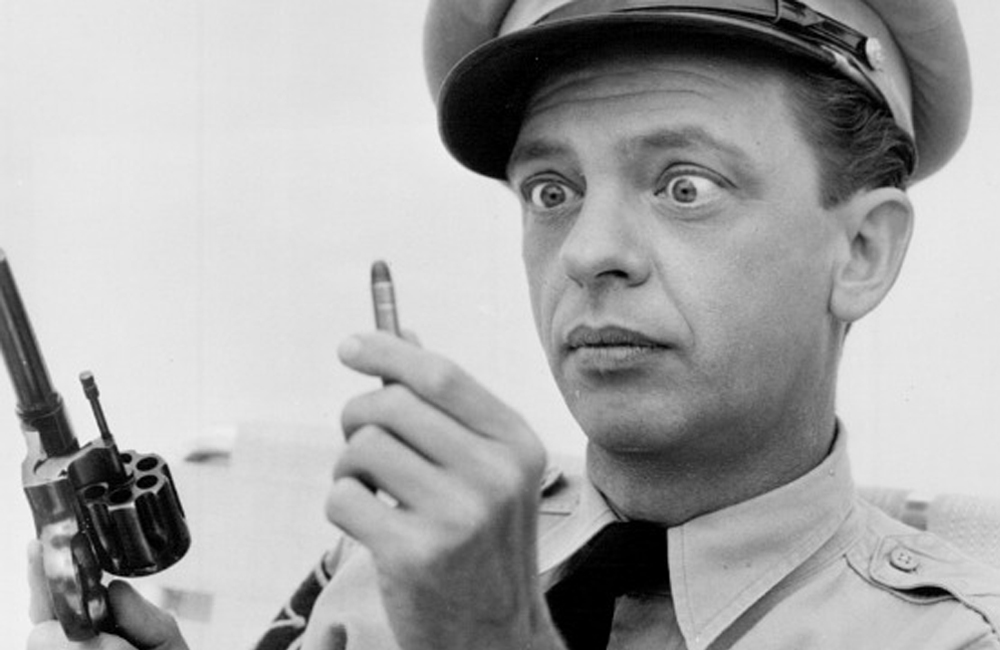 From the Department of Stuff You Can’t Make Up . . .

A teacher who is also a reserve police officer trained in firearm use accidentally discharged a gun Tuesday at Seaside High School in Monterey County, Calif., during a class devoted to public safety. A male student was reported to have sustained non-life-threatening injuries.

The weapon, which was not described, was pointed at the ceiling, according to a statement from the school, and debris fell from the ceiling.

Seaside Police Chief Abdul Pridgen told the Monterey County Weekly that a male student was “struck in the neck by ‘debris or fragmentation’ from something overhead.” Pridgen said whatever hit the student was not a bullet.

However, the student’s father, Fermin Gonzales, told KSBW 8 that it was his understanding that fragments from the bullet ricocheted off the ceiling and lodged in the boy’s neck. The father said the teacher told the class before pointing the gun at the ceiling that he was doing so to make sure his gun wasn’t loaded, something that can be determined visually.

“It’s the craziest thing,” Gonzales told the station. “It could have been very bad.”

Gonzales said he learned about the incident when his 17-year-old son came home with blood on his shirt and bullet fragments in his neck.

“He’s shaken up, but he’s going to be okay. I’m just pretty upset that no one told us anything and we had to call the police ourselves to report it,” the father told the TV station.

Gonzales said he learned about the incident when his 17-year-old son came home with blood on his shirt and bullet fragments in his neck.

“He’s shaken up, but he’s going to be okay. I’m just pretty upset that no one told us anything and we had to call the police ourselves to report it,” the father told the TV station.

The teen was treated at a hospital.

The teacher was identified by police as Dennis Alexander, who teaches math as well as a course in the administration of justice. Alexander is a reserve police officer for Sand City and a Seaside city councilman. He could not immediately be reached for comment but he has reportedly apologized for the incident.

The Monterey County Weekly, quoting Sand City Police Chief Brian Ferrante, reported that Alexander had his last gun safety training less than a year ago. “I have concerns about why he was displaying a loaded firearm in a classroom,” Ferrante told KSBW. “We will be looking into that.”

This is just all kinds of stupid.

First off, Chief Ferrante is absolutely correct: Alexander should not have had a loaded weapon in a classroom, much less have been waving it around.

Second, it’s criminal that the parents weren’t notified. My school calls me about every little incident—minor mishaps during recess, potential bullying, and the like—happening to my girls in elementary school. This child was actually wounded. In the head. By either a ricocheting bullet or fragmentation caused by gunfire. And they apparently not only didn’t notify the parents but didn’t report the incident to the police? Multiple people should be fired for that.

Third, this is why arming teachers is a moronic idea. Loaded weapons in school are far more likely to kill or injure students by accident, emotions (fear or anger) getting the better of teachers, or another student stealing it and shooting someone than they are to be used to ward off the incredibly rare spree shooter.