Gary Weddle, a schoolteacher from East Wenatchee, Washington, has cut his beard after waiting almost ten years for Osama bin Laden to be killed.

Gary Weddle is a man of his word. And, after nearly a decade, clean shaven.

EAST WENATCHEE, Wash. – A teacher who vowed nearly 10 years ago not to cut his beard until Osama bin Laden was captured or proven dead said he cried Sunday night upon hearing of the terrorist’s death.

“I spent my first five minutes crying and then I couldn’t get it off fast enough,” said Gary Weddle, 50, who lives in East Wenatchee but teaches middle school science in Ephrata.

Weddle has wanted to cut his beard for years. His wife, Donita, has wanted him to cut it, too. But for Weddle a vow is a vow and so he hadn’t even trimmed it until Sunday night.

Weddle was a substitute teacher in Wenatchee when the infamous al-Qaeda terrorist attack occurred on the World Trade Center and Pentagon on Sept. 11, 2001, killing 3,000 Americans. Weddle was so caught up in the news that he neglected to shave. A week or so later, he vowed not to shave until bin Laden was captured or proven dead. He figured it would just be a month or two.

At the start of each school year, Weddle told his students the beard was a reminder of the attack. He frequently said he didn’t understand how anyone could use the name of his God to justify murder.

Weddle wasted no time finding scissors and razors. He cut the beard and was shaving the stubble even before President Obama addressed the nation about bin Laden’s demise. Friends and neighbors celebrated with him, watching him cut his beard. He got a little bloodied, having become somewhat inexperienced in shaving. He expressed amazement at feel of his face. 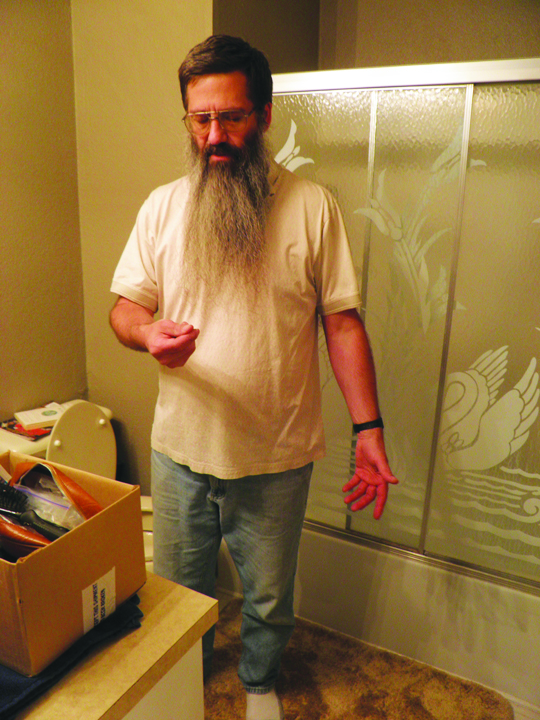 Gary Weddle minutes before he shaved his beard the evening of May 1. He kept a vow made nearly 10 years ago not to shave until Osama bin Laden was caught or proven killed 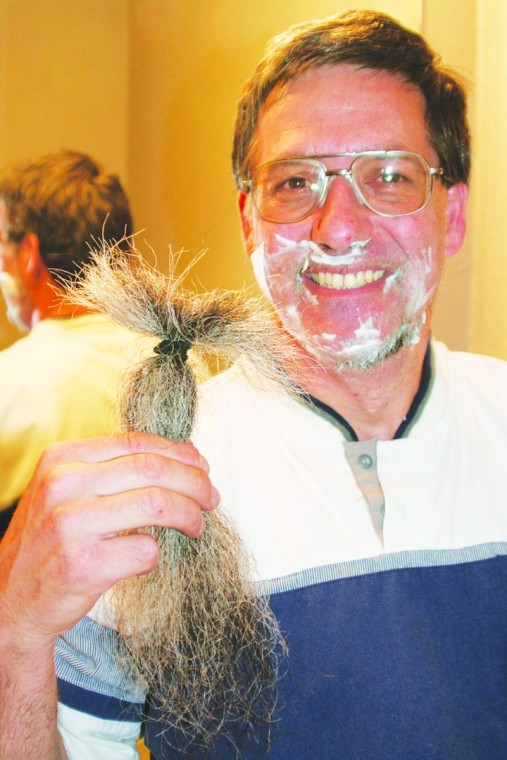 Middle school teacher Gary Weddle, 50, East Wenatchee, displays his cut beard while shaving the remaining stubble the evening of May 1. He completed a vow made nearly 10 years ago not to shave until Osama bin Laden was captured or proven killed.