If we allow the possible reaction of the most dogmatic, evil people who might hear the message to govern our expression, we don't have freedom at all. 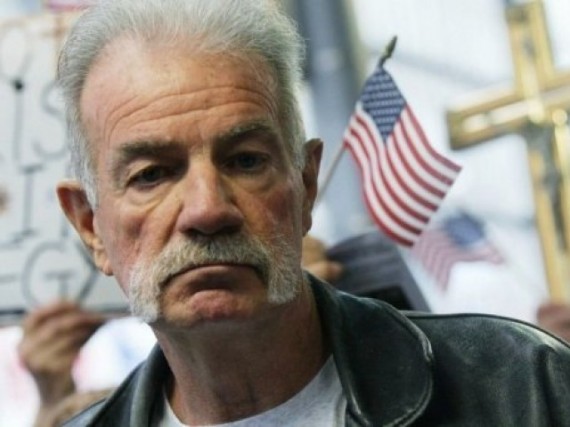 My Twitter stream is raging with a debate over Terry Jones’ culpability for the murder spree going on in Afghanistan.

On March 22, the imbecilic preacher with a handful of congregants finally delivered on his promise to burn a Koran, ostensibly to draw attention to his views that the religious tract promotes violence. Yesterday, the cretin proved prescient, when angry adherents to the Koran in the Afghan town of Mazar-i Sharif stormed the UN headquarters and murdered civilian aid workers. The rioting is now in its second day, with another nine people murdered.

The obvious parallel is the wave of murderous rampage that followed the publication of the Danish Muslim cartoons, depicting Muhammad in accurate but unflattering ways.

In both cases, free speech by Westerners offended the sensibilities of  Muslims, with a handful of the most radicalized carrying out murders. In both cases, there was prior warning that said speech might provoke violence. In both cases, a surprisingly large number of people in the West assigned blame for the atrocities to those exercising their right to free speech.

Should Jones have burned the Koran? No. But not because doing so might incite some evil people halfway around the world to commit atrocities against innocents. Rather, he shouldn’t have done it was needlessly hurtful without adding any value to the debate. Indeed, aside from generating publicity for himself, he’s likely generated sympathy for Islam and disdain for churches of his ilk.

But Jones is not the slightest bit culpable for the actions of others. Yes, he was warned that violence might ensue. But we’re not responsible for the evil, illegal actions others might take in response to our freely expressing our thoughts. Even if they’re ill-informed, half baked, bigoted thoughts. If we allow the possible reaction of the most dogmatic, evil people who might hear the message to govern our expression, we don’t have freedom at all. It’s worse than a heckler’s veto; it’s a murderer’s veto.