Some are criticizing the US government subsidies to Tesla Motors for its Model S electric car, which sells for almost $100,000. Kevin Bullis argues that it's a smart investment. 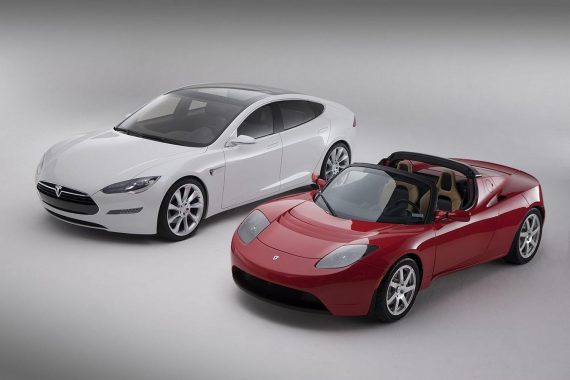 Some are criticizing the US government subsidies to Tesla Motors for its Model S electric car, which sells for almost $100,000. Kevin Bullis argues that it’s a smart investment.

Tesla innovations might help make electric vehicles more competitive with gas powered ones, leading to the more widespread use of electric cars and lower oil consumption. More specifically, it’s lowering the cost of the battery, and it’s showing how, in some ways, electric vehicles are actually more valuable—and worth paying more for—than gas-powered ones.

Ford’s electric Focus is just a much more expensive, and much shorter range, version of its gas-powered focus.  The Nissan Leaf, Motor Trend declared feels “completely normal, not unlike any other four-cylinder hatchback on the road.” The Model S, on the other hand, will out-accelerate just about any other car you might encounter on the road because it takes advantage of the responsiveness of electric motors.

And the Model S takes full advantage of the design flexibility afforded by a compact electric motor and the ability to make a flat battery pack. The passenger compartment sits on top of this propulsion system, rather than being sandwiched between a bulky gas engine and a gas tank. As are result, it can seat 5 adults, plus two kids in rear facing seats-and you can store bags in what would be the front engine compartment in a conventional car. GM has considered a similar “skateboard” concept, but that hasn’t gone anywhere. Instead, the T-shaped battery in its electric Volt takes up one of the rear passenger seats, limiting the car’s capacity to 4 adults.

Tesla’s approach seems to be working—the Tesla Model S, in spite of the fact that it costs twice as much as the Nissan Leaf or the GM Volt—has been outselling both cars now that Tesla has ramped up production levels at its new factory.

Tesla is also taking an unusual approach to addressing the main problem with electric vehicles—the cost of the batteries. It’s using the cylindrical type of battery cells used in the power packs of many laptops and other portable electronics. The economies of scale made possible by these other applications help drive down costs. Other automakers are opting for more specialized battery cells that cost more to make. It’s not clear which approach will be better in the long run, but Tesla’s batteries seem to be much less expensive so far.

I’m skeptical of taxpayer subsidies to niche industries, especially those competing with perfectly viable existing industries. To the extent that Tesla shows the way to truly innovate the electric car, that’s a public good–one that will immediately be copied by auto makers around the world, thus depriving American industry any competitive advantage gained from their government’s investment.

On the other hand, the faster we can get Americans off of gasoline-powered cars, the faster we’ll achieve the vaunted “Independence from Middle East oil” and roll back the negative environmental impact of the exhaust.

At any rate, it’ll be a while before I’m in the market for something like this–certainly at $98,000. One presumes that the price will come down drastically in the next few years.