The Best Time Of Day To Fly 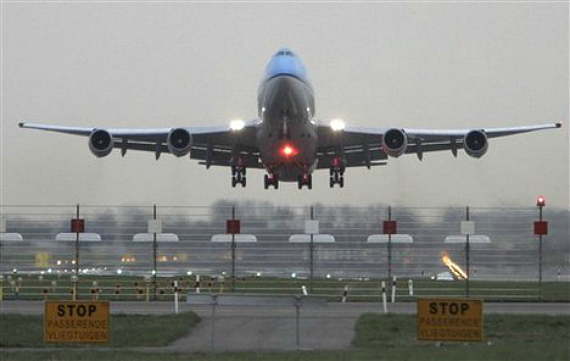 Nate Silver nearly missed his flight on Friday so, as any self-respecting data nerd would do, he crunched the numbers to try to determine when the best time to fly might be:

The best time to fly is between 6 and 7 in the morning. Flights scheduled to depart in that window arrived just 8.6 minutes late on average. Flights leaving before 6, or between 7 and 8, are nearly as good.

But delay times build from there. Through the rest of the morning and the afternoon, for every hour later you depart you can expect an extra minute of delays. Delay times peak at 20.7 minutes — more than twice as long as for early-morning flights — in the block between 6 and 7 p.m. They remain at 20-plus minutes through the 9 p.m. hour.

Very late flights — those scheduled to leave at 10 p.m. or later — are much better. But it’s hard to find these, especially on the East Coast. Late flights represent only 2 percent of scheduled domestic departures. 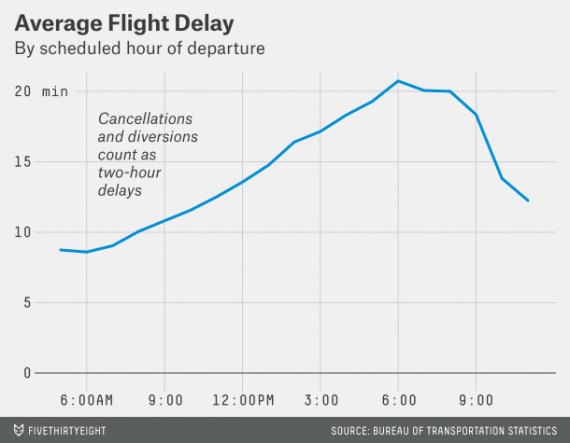 Obviously, things such as weather conditions, mechanical issues, or other matters could cause morning delays to skyrocket on a particular day, but in general it appears that if you want a void delays, the earlier you fly the better.