Lenders and Borrowers seem poised to make the same mistakes that brought about the last Housing Bubble all over again. 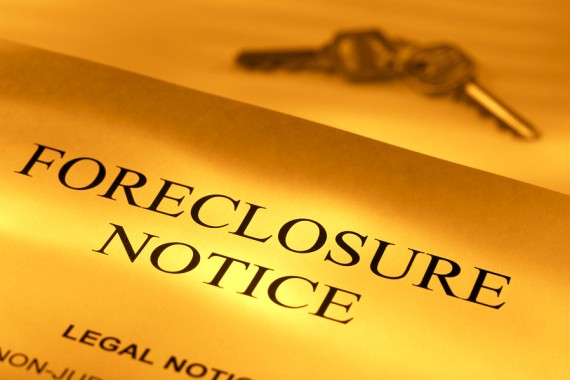 As hard it is might seem to believe, many of the same “creative” mortgage instruments that most analysts blame for the creation, and crash, of the mid-2000s housing bubble are making a comeback:

“Buy new with $1,000 down,” the advertisement says, the words resting atop a trim green clapboard house offset by a bright blue sky. “The time has come. Stop wasting rent check after rent check and start building equity in your own home. And with only $1,000 down, affordable monthly payments and no private mortgage insurance required, the dream is closer than you think.”

It sounds too good to be true. But it is true. This offer does not come from a subprime lender, looking to reel in thousands of unqualified and ill-advised homebuyers, only to slap them with add-ons, fees and variable rates. It is not a teaser or a trick. The advertisement references a program initiated by the National Council of State Housing Agencies and Fannie Mae, the taxpayer-backed, government-sponsored enterprise that buys up mortgages from lending banks.

The pilot program is called “Affordable Advantage,” and it has now been adopted by three states — Massachusetts, Wisconsin and Idaho. (Other states, such as Pennsylvania, California and Colorado, have similar state programs.) The initiative is small, reaching just a few hundred people so far. But it is looking to expand. Given the dangers of these types of mortgages and the specter of the housing bubble, where unconventional loans wreaked disaster, it is also raising questions from wary housing experts and legislators.

While the arguments against these types of loans seem rather obvious given what the real estate market experience only a few years ago, the voices against the program seem to be in the minority:

Haven’t they noticed what’s happened to the country in the past five years?” asks Dean Baker, the co-director of the Center for Economic and Policy Research. “You’re not necessarily helping if you’re helping them buy a home where they’re in the position they won’t be able to afford it. I don’t understand the logic of this. House prices are still going to fall. And when they do, we haven’t helped these people who are going to have to work like crazy to pay their mortgage off, or they’re going to default. If you’re in a situation where this is the only mortgage you can get, you shouldn’t be buying a house.”

And many of the governments’ own economists believe that houses should not be many Americans’ primary investment. Karen Pence, who leads the Federal Reserve’s real estate finance research group, argues that homes are a terrible investment and believes the government should offer fewer programs and incentives to subsidize homeownership.

On top of that, Affordable Advantage raises questions since, at the end of the day, taxpayers are backing its investments — Fannie Mae being under the government’s conservatorship, and Treasury being the main purchaser of bonds from the state HFAs

Politically, it’s easy to understand why programs like this are popular with politicians and bureaucrats. Helping people keep their homes, or buy homes, is one of those “feel good” programs that it’s hard to argue against with economic and policy arguments that seem heartless by comparison.

The truth of the matter is, though, that the only way the housing market is going to heal is if it’s allowed to fully correct itself. That means that prices are likely to fall some more in some parts of the country. It also means that more people are likely to lose their homes to foreclosure and that the “dream” of home ownership is likely to be deferred for some people. Those aren’t popular things, but they’ve got to happen if the market is going to restore itself. Propping up prices with programs like the Homebuyer Tax Credit, or making it easier for marginal borrowers to own a home with programs like Affordable Advantage is just going to delay that process and end up hurting people in the end.