The Demise of Time Inc.

For decades, it was the preeminent brand in American journalism. Now its pieces are being sold at bargain rates. 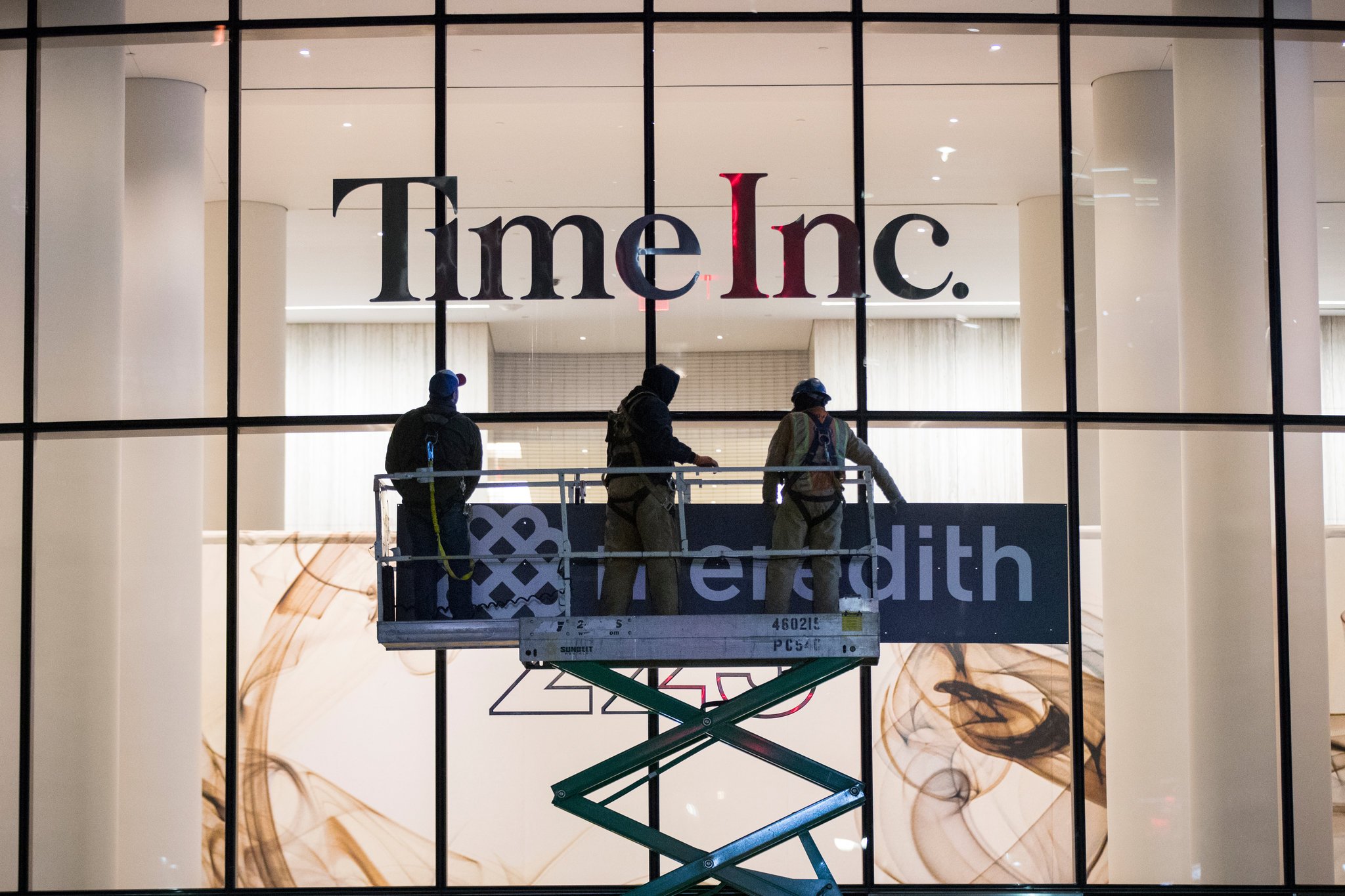 The NYT has a fascinating feature on “The Last Days of Time Inc.” Its subtitle describes it well: “An oral history of how the pre-eminent media organization of the 20th century ended up on the scrap heap.” It’s worth a read in full.  The short version is that, well into the 1990s, the company that owned Time, Life, Fortune, Sports Illustrated, People and other iconic magazine brands was making money faster than they could spend it—despite lavish salaries and expense accounts and massive investments in reporting. There was a Mad Men culture with regards to both sex and alcohol well after the rest of America had moved on. Margaret Carlson was Time‘s first female columnist. In 1994.

How lavish was the lifestyle? Peter Castro, now deputy managing editor of People, describes his time as the magazine’s “Chatter” columnist from 1987-1990:

As the writer for the “Chatter” column at People, my job was to go out, preferably five nights a week, and get items and make connections. I got a call from the number two at the time. I go into his office, and he said, “I want to talk to you about your expense report.” I was like a Boy Scout, only spending what I had to. And he said, “Peter you’re not spending enough.” I said, “But I’m going out five nights a week!” He said, “Well, go out more! Stay out longer!” I did the best I could without ending up in A.A.

Karl Taro Greenfeld, who served in roles across the company from 1998-2007, describes the culture during his tenure there:

When you went abroad as an editor for Time magazine as an expat, it was like going abroad as a banker. There were all the allowances. Tax equalization. A housing allowance. Your kids’ school would be paid for. You got a company car. You got a driver. You got club memberships. I don’t know whether packages like that exist anymore in journalism.

The apex and beginning of the implosion can be traced to the AOL-Time Warner merger in 2000. Janice Min, now president of The Hollywood Reporter-Billboard Media Group and who worked at People, Life, and InStyle from 1993 to 2001:

I was there the day that the merger between AOL and Time Warner happened and if you were at all at any level of management — and even if you weren’t — you had stock options. There was a lot of buzz in the office of “How much are you going to sell today?” There were people who sold everything that day and got quite wealthy and were the smartest people at the company. I sold half of what I had, and the second half didn’t even matter because it never amounted to anything. But that was probably the last great day at Time, Inc. You had senior editors who were able to make six-figure sums that day, if not more, and top editors who probably made several million dollars.

Jim Kelly, who retired in 2009 as the number two man in the company:

Things truly changed in 2005, when it was clear that Time Inc. was a declining asset but still part of this very big company that expected to get its billion dollars a year in profit. The revenue, the profit each year, was going down. There had to be a lot of cutbacks. A lot of people got fired.

Terry McDonell, who worked at the company from 2002 to 2012 rising to managing editor at Sports Illustrated:

I had freedom, autonomy, got to develop all kinds of digital stuff. The problem was there was no significant reinvestment. Time Inc.’s relationship with Time Warner was fundamentally feudal. That’s where the profits went.

Martha Nelson, founding editor of InStyle who left in 2013 as editor-in-chief of Time Inc.:

For years, Time Inc was run by a team of brilliant business leaders, publishers with deep knowledge of the company and the industry. Then we went from an 80-year-long winning streak to a storm of change – a string of outside CEOs in rapid succession, insufficient digital investment, the economic meltdown of 2008, and a growing frustration and lack of confidence from Time Warner corporate.

Going from the magazines being the center of the business to a sideline in a larger corporate structure certainly changed the culture, mostly for the worse. But one wonders if the old model would have been sustainable, anyway. Thirty years ago, I subscribed to and read Time, Newsweek, and US News and World Report. I haven’t read a print copy of any of those in over a decade. The last two barely exist anymore. Once upon a time, Sports Illustrated featured some of the best writing, anywhere. But it’s long since been rendered an anachronism. I still subscribe occasionally if they offer merchandise that’s worth more to me than the subscription price but the issues often go unread.

One sympathizes with Walter Isaacson’s lament for a bygone era:

It’s a shame that young, aspiring journalists will not likely find such opportunities these days to be trained by people like Strobe Talbott as you wander Russia in the era of glasnost. You remember when Gorbachev and Reagan met in Reykjavik for the summit? We had six or seven reporters on that story, two great photographers, editors, writers, just trying to figure out the Reagan-Gorbachev relationship. Now people would probably ridicule it as being profligate but we thought it was important. And it was.

There’s simply more outstanding reporting and commentary out there than I can read, all available at the click of a mouse or swipe of an app. Somebody needs to finance all of that and nobody has really figured out how to do that online, aside from stock tips and the like. The days of lavishly funded foreign bureaus are long gone and, yet, we seem to be getting an extraordinary amount of good journalism from abroad. One would think the bubble of “information wants to be free” would burst at some point but there’s little evidence it’ll happen any time soon.