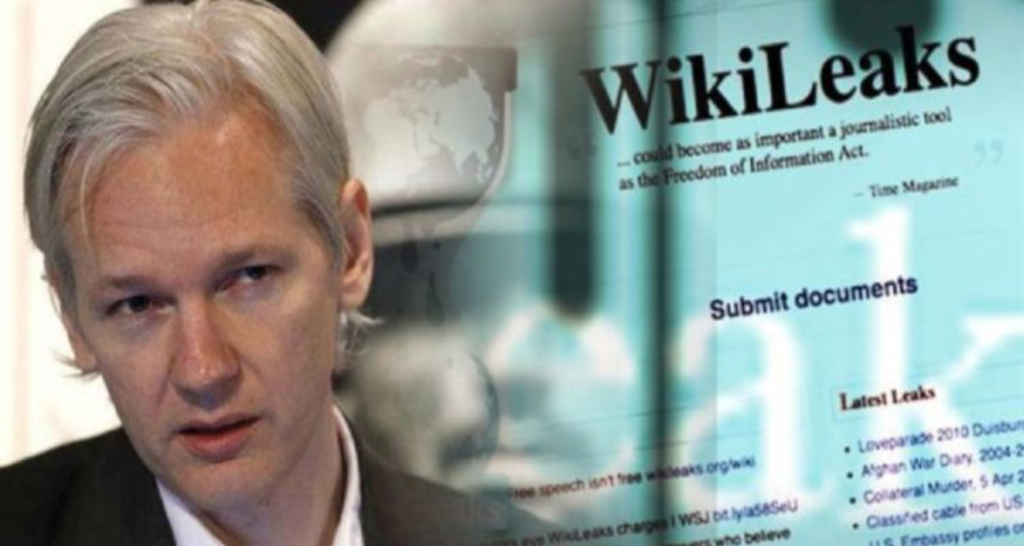 It was just a week ago that The New York Times reported that an inadvertent disclosure in a previously sealed case in U.S. District Court in Northern Virginia revealed what appears to be a planned or already filed indictment against Wikileaks founder Julian Assange. While the details of that indictment, if it exists, remain unknown, the news of its possible existence is raising concerns among civil liberties activists:

WASHINGTON — The disclosure that federal prosecutors have brought an unidentified criminal charge against Julian Assange, the WikiLeaks leader, follows years of government deliberations over the dilemma raised by competing desires to put him out of business and fears that doing so could create a precedent that would undermine press freedoms.

Many crucial details about what prosecutors have done remain unclear, including when the criminal complaint was filed, what specific charge or charges it contains, and what facts it is based upon. Depending on the answers, the Justice Department’s move could have very different implications for the traditional news media and First Amendment protections.

Mr. Assange is not a traditional journalist, but what he does at WikiLeaks has also been difficult to distinguish in a legally meaningful way from what traditional news organizations, like The New York Times, do every day: seek out and publish information that officials would prefer to be kept secret, including classified national security matters.

The Justice Department has never charged journalists with violating the law for doing their jobs. But in recent years, it has become far more common to charge officials with a crime for providing information to reporters. Depending on the facts, the case against Mr. Assange could set a precedent further chilling investigative journalism.

Yochai Benkler, a Harvard Law School professor who testified at Ms. Manning’s court-martial in 2013 that WikiLeaks played a watchdog journalism role, denounced any charging of Mr. Assange for his work with Ms. Manning and Mr. Snowden. Mr. Benkler described Ms. Manning and Mr. Snowden as “patriots” and “whistle-blowers” and who, even if one did not agree with their actions, “are clearly trying to do something to keep the government accountable.”

But, he said, if there turns out to be evidence that Mr. Assange knowingly coordinated with a Russian intelligence agency trying to undermine democracy, “I don’t think you have the same kind of protections from prosecution.”

And in particular, Mr. Benkler pointed to WikiLeaks’s offer in 2016 of a reward for information about the killing of Seth Rich, a Democratic National Committee staff member who was the subject of a false conspiracy theory that he, not Russian hackers, was WikiLeaks’s source.

“Actively implying that Seth Rich is your source, which is essentially a conspiracy to cover up Russian hacking — that is not within the normal of what a media organization does,” Mr. Benkler said. “They changed a lot.”

The revelation that WikiLeaks founder Julian Assange has been secretly charged has sparked fears among free-press advocates that the Justice Department is targeting not just those who provide classified information but those who publish it — even as the basic allegations against Assange remain unclear.

The Justice Department under the Trump administration has waged an aggressive crackdown on disclosures of classified information, more than tripling the number of leak investigations in then-Attorney General Jeff Sessions’s first six months on the job.

Assange’s case, though, might mark a dramatic escalation — if prosecutors are essentially charging someone who disseminated information that the government did not want to be made public, free-press advocates say.

“This is troubling because it would mean that the government is bringing criminal charges against a publisher for disclosing leaked, but truthful, information about our government,” said Sonja R. West, a professor of First Amendment law at the University of Georgia Law School.

The devil is in the details, which are largely unknown. Word of the charges against Assange first came in a court filing in an unrelated case that inadvertently referenced the WikiLeaks publisher but offered few specifics.

Assistant U.S. Attorney Kellen S. Dwyer, urging a judge to keep the unrelated matter sealed, wrote that “due to the sophistication of the defendant and the publicity surrounding the case, no other procedure is likely to keep confidential the fact that Assange has been charged.” Later, Dwyer wrote that the charges would “need to remain sealed until Assange is arrested.”

People familiar with the matter told The Washington Post that while the filing was in error — the case was not high profile and had nothing to do with Assange — the information it contained was correct: Assange had been charged.

Joshua Stueve, a spokesman for the U.S. attorney’s office in the Eastern District of Virginia, said: “The court filing was made in error. That was not the intended name for this filing.” Officials otherwise declined to comment on the matter.

On Friday, the Reporters Committee for Freedom of the Press asked a judge to unseal the records about Assange’s case, saying the secrecy surrounding the matter was “anathema to our open system of justice.”

Assange has long been of interest to federal investigators in connection with a wide range of conduct. Federal prosecutors in the Eastern District of Virginia, where the errant filing was made, had been examining the WikiLeaks organization for its 2010 publication of diplomatic cables and military documents.

Justice Department officials in the Obama administration essentially concluded that WikiLeaks was a publisher, and that bringing charges against members of the group might prompt First Amendment challenges or set a dangerous precedent that could invite future prosecutions of traditional news organizations.

Prosecutors in Assange’s case had contemplated bringing charges under the Espionage Act, among other statutes. Floyd Abrams, an expert in First Amendment law, said the 101-year-old act has long been viewed by press advocates as a “perpetually loaded gun that could too easily be aimed at the press, with ultimately Supreme Court interpretation unpredictable.”

“If it violated the Espionage Act for WikiLeaks to gather information from sources not permitted to release it and then publish it, then what American newspaper could be free from risk?” said Abrams, who practices at Cahill Gordon & Reindel in New York.

It is possible that investigators have gathered evidence that Assange did not act as a mere publisher — but instead actively helped steal information or worked as an agent of a foreign government, legal analysts said. That might distinguish his case in a way that makes it more palatable for prosecutors to pursue, the analysts said.

“I think the big question now is, did the Justice Department find new evidence that would allow them to charge him with some crime, such as conspiracy to hack into computers or some other crime other than just publication, or does the new administration take a different view on whether he can be charged for just publishing classified documents?” said Matthew Miller, a Justice Department spokesman during the Obama administration.

The legal questions regarding Wikileaks have always been complicated, and if there is actually a sealed indictment against Assange pending in Federal Court then those issues will have to be dealt with if and when it ever gets unsealed and the United States tries to move forward with prosecution. To get one of those issues out of the way for the moment, let’s assume for the sake of argument that Assange the individual can be held legally responsible in the criminal sense for actions taken by Wikileaks, the organization he heads even if it can’t be shown that he was personally involved in the publication of the information in question. Obviously, this will be an important question if and when prosecution ever takes place, but it’s largely a factual one that will depend on what prosecutors can and cannot prove in a given case. If it can be shown that Assange was personally involved in making certain information publicly available on the Wikileaks website, then he could potentially be held liable for that publication. If it cannot, then going forward with prosecution without proof of Assange’s involvement would be risky to say the least.

With that issue out of the way, the big First Amendment question that has always revolved around Wikileaks and Assange and their involvement in the making previously secret or even classified information available is whether they are considered a publisher or not. If they are then that would essentially mean that Wikileaks is essentially no different from The New York Times or The Washington Post and that their publication of classified information is, legally speaking, no different from what those papers did in the famous Pentagon Papers case. In that case, of course, the Nixon Administration was seeking to block the publication of secret documents related to the Vietnam War that dated back to the mid-1960s when U.S. involvement in the war was just beginning. In its decision, the Court rejected the Administration’s efforts to prevent publication of the documents and reports about the contents of the documents on the ground that the First Amendment made prior restraints on speech unconstitutional and that the Times and Post could not be punished for publishing classified information that had been provided to it by third parties. If the situation is the same with regard to Wikileaks, then it would be hard to see how the organization or any of its principals could be prosecuted for doing something that the Supreme Court has determined is protected by the First Amendment.

On the other hand, if it could be determined that Wikileaks were more than a mere publisher of information provided by others then the legal situation would be significantly different. For example, in several cases, including the Manning case, the Snowden case, and the issues surrounding the hacks of the DNC and other email servers in advance of the election, it has been alleged but never proven that Wikileaks was actively involved in assisting the people who obtained the information in question, or directing them in how they should go about making the information public, then the argument that Wikileaks is a mere “publisher” is a far weaker one and the argument that it was an active co-conspirator in law-breaking becomes stronger. Whether or not this is the case depends on the nature of the evidence that the government is able to present, of course, and would likely be the subject of significant pre-trial litigation.

Since we don’t know what evidence the Federal Government may or may not have regarding Assange it’s hard to comment definitively on how these legal issues might be resolved. However, if there is an indictment against Assange floating out there you can be sure that these issues will be dealt with if he is ever presented for prosecution in the United States.