The Founders and the Central Government

No, the founding fathers of the United States were not "very afraid of a central government." Indeed, such an assertion makes no sense. 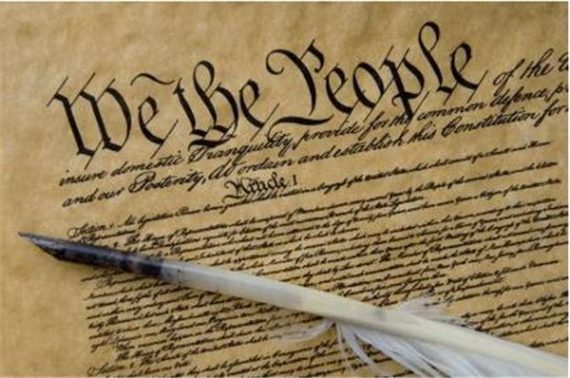 In a WaPo piece on the Tea Party (Tea party gatherings on the Fourth mix the educational and the patriotic) we have the following:

“The founding fathers were very afraid of a central government,” said Rick Buchanan, an organizer of the Fauquier County Tea Party who last started up a 12-week class on the Constitution and advertised it at “An American Event.”

No, no they weren’t.

I pick out this quote for discussion because this appears to be a theme running through some conservative circles of late, and especially the Tea Party movement.  It is the kind of incorrect, ahistorical thinking that leads people like Sharron Angle and Oklahoma State Senator Randy Brogdon to talk about “Second Amendment remedies” for states that don’t like policy coming out of Washington.

One can have legitimate arguments about the proper scope of the central government or about the correct interpretation of Article I, Section 8 or the Tenth Amendment.  However, what one cannot properly assert is that “The founding fathers were very afraid of a central government.”

As James Madison argued in a letter to George Washington in April of 1787:  ”I would propose that…the national government should be armed with positive and compleat authority in all cases which require uniformity; such as the regulation of trade, including the right of taxing both exports and imports, the fixing the terms and forms of naturalization, etc. etc.”

Again, while one can debate the exact meanings of host of issues, one cannot read a sentence from one of the key founders which states that “the national government should be armed with positive and compleat authority” in a set of policy arenas and also state that the founders “were very afraid of a central government.”

Indeed, when we speak of “Founding Fathers” the “Founding” that we celebrate is the founding of a unified country known as the United States of America, which would not exist sans a central government.  Further, the crowning moment of that founding was the aforementioned Constitution of 1789, which, again as noted, substantially diminished the powers the state had under the Articles of Confederation.

There is also the rather inconvenient fact that most of the persons whom we confer the title “Founding Fathers” all served in prominent posts in the central government of the United States.

It is bad enough to go around with such a profound misunderstanding of basic politics and history, but it is enough to make one’s brain hurt when persons make such claims in the context of being promoters of a better understanding of the Constitution.