As many of you may be aware, there was controversy at The Masters on Friday over where he dropped his ball after it had gone in a water hazard. While some speculated that Woods could end being disqualified from the rest of the tournament, Woods only ended up being assessed a two stroke penalty which he didn’t contest. 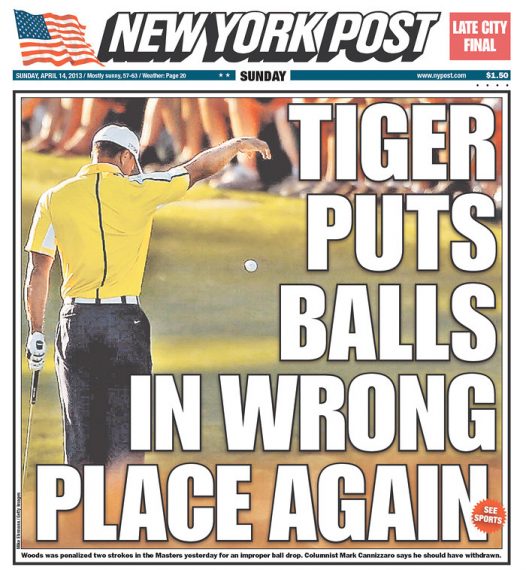 If they ever start giving out Pulitzer Prizes for headlines, these guys ought to win every year.