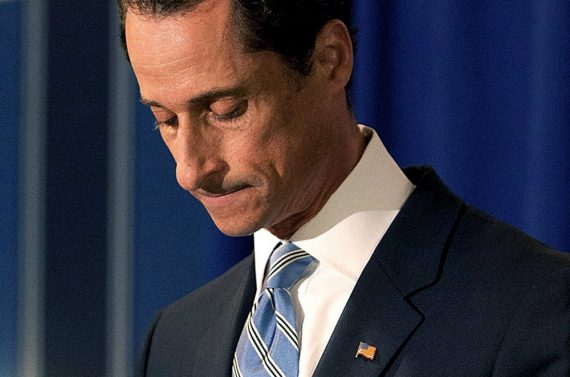 NEW YORK, NY – JUNE 06: (EDITORS NOTE: Retransmission with alternate crop.) Rep. Anthony Weiner (D-NY) leaves a press conference after admiting to sending a lewd Twitter photo of himself to a woman and then lying about it, at the Sheraton Hotel on 7th Avenue on June 6, 2011 in New York City. Weiner said he had not met any of the women in person but had numerous sexual relationships online while married. (Photo by Andrew Burton/Getty Images)