The Politics I Missed Over Lent

Lent is over, so I can talk about politics again!

Just to get it over with, here’s a quick take on some of the issues that I missed:

Libya – An immoral and stupid war. Stupid. Evil. Horrible. And, in retrospect, inevitable, given the elite foreign policy appartus in Washington.

The Ryan Budget – I do actually plan to get into this more later this week, because it deserves evisceration. But in a nutshell, it’s imprudent, based on assumptions no more real than the Easter bunny, anti-free market, pro-aristocracy, and a one-way ticket to bankruptcy for the Federal government.

Donald Trump – Of course he’s a viable candidate. But what I don’t understand are the people who support him because he’s “business savvy.” He isn’t.

Birtherism Reborn – A couple of years ago, I posted polling showing that about a quarter of the GOP were birthers, and several commenters thought that the poll was messed up and the number way too high. Just sayin’.

Michigan – The government of Michigan is dismantling the democratic apparatus and outsourcing public services to corporations? RoboCop is a disturbingly prescient film. 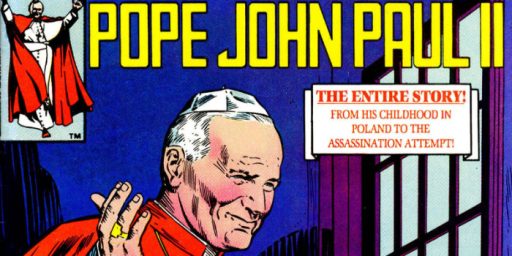