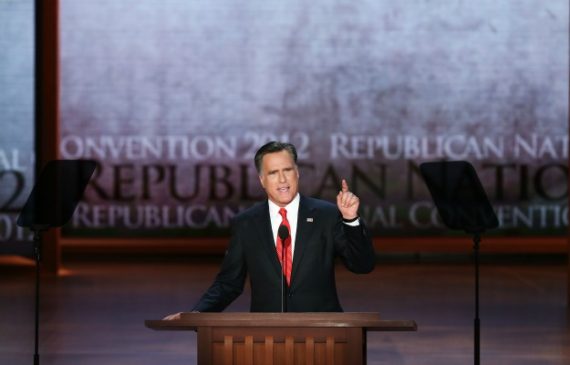 during the final day of the Republican National Convention at the Tampa Bay Times Forum on August 30, 2012 in Tampa, Florida. Former Massachusetts Gov. Mitt Romney was nominated as the Republican presidential candidate during the RNC which will conclude today.