The State Of The Salmon Address

After Tuesday’s State Of The Union Address, NPR asked 4,000 of it’s listeners to describe the speech in three words, then they ran the answers through a word cloud generator: 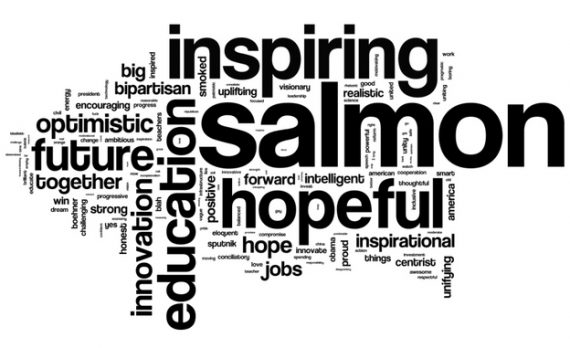 Apparently, the speech was so banal, that this joke is what made the biggest impression: