The Case for Price Gouging

Usually after a natural disaster merchants want to raise their prices, and usually by quite a bit. This is then usually met by condemnation and introduction of legislation punishing such behavior. The moralizing that is used to justify this kind of response goes something like, “It is immoral to profit from the misfortune of others.” However, is there a case for letting people take such profits?

I think there is. The reason that prices rise after a disaster is both due to an increase in demand and that new supplies are likely to take longer arriving. Over a relatively short time this means that both supply is shrinking and demand increasing (at all price levels) and the new (equilibrium) price is going to be higher, sometimes much higher. However, many of these goods that have the high prices are goods for which entry is relatively easy, and the high prices will induce entry and drive the price back down. In other words, as the price increases it become more profitable to bring the very goods that are in short supply and people need in via more expensive means. The higher prices, while maybe not pleasant, is the markets way of saying, “Hey we need more resources here and fast!” The high prices will then cause resources to flow from other areas where the price is lower to the stricken area. Surpressing the prices artificially is like the market sending the message, “No need to send anything, everything is just fine. Thanks.” Then politicians have to go on television and make pleas for more goods and services. The price mechanism can do this, and probably faster than politicians begging on television.

Right now large multi-region and national chain stores possess much larger inventory of emergency supplies in all their stores than they carry individually. They have computer systems that tell them how much of which products are on each store’s shelves and storerooms. Wal-Mart, Home Depot, Lowe’s, CVS, Rite Aid, Walgreens, Eckerd, and others do not have unlimited supplies, but counting all their stores within 1 or 2 night shipping distance, they might very well carry sufficient inventory to meet a regional emergency.

But these stores demand profits, and are not usually geared for inter-store shipments of inventory, meaning there will be significant marginal costs of labor and shipping to disaster areas. There must be a set of financial incentives that would make it worth their while to pack up their inventory in stores outside of (potential or actual) emergency areas and send them into such areas.

However, this is also not a “magic bullet”. While the higher prices would result in getting resources to the stricken area quickly it would not mean an instantaneous response as Tyler Cowen notes. The immediate run supply is pretty much fixed. But if you want to start bringing things into a region quickly allowing high prices along with charity seems like a more effective response than simply charity by itself.

Inspiration for this post from The Amateur Economist & Curmudgeon Blog. Cafe Hayek also has a good post on this. 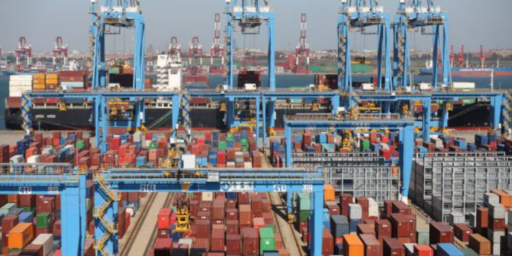